Ada Singletary serves as Grand Marshal of the parade. 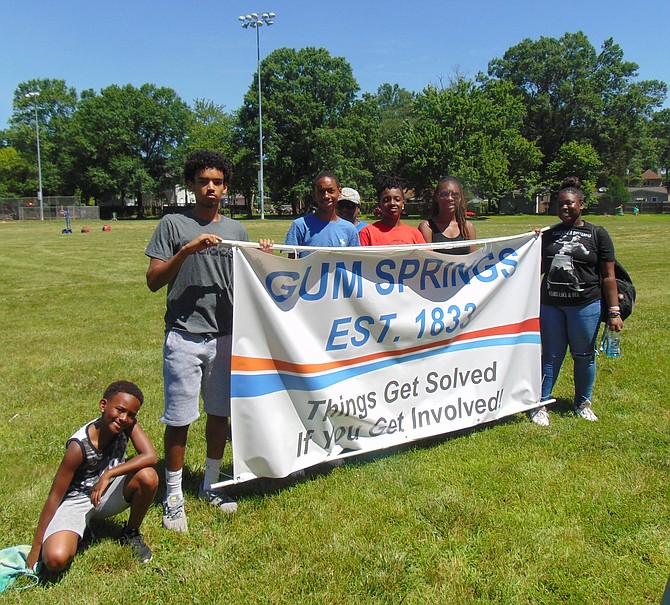 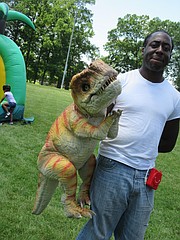 Photo of housing in Gum Springs that did not have indoor plumbing — hence the outhouse. These before housing photos were replaced with the now Fairfax County Redevelopment and Housing Authority public housing at West Ford. There are three areas of public housing owned by the county. 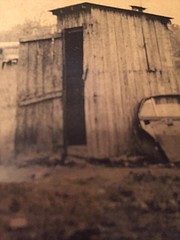 A photo of the UCM trailer that sold clothes in the basement of Drew Smith Elementary School before moving onto Bethlehem Baptist Church property.

The Gum Springs community, located in the Mount Vernon area of Northern Virginia, is the oldest African American community in Fairfax County. On Sunday, June 17, local residents celebrated the community’s 185th anniversary — founded in 1833 — by holding a festival and parade on its community grounds.

Local non-profits such as Mount Vernon Rotary Club, Friends of Dyke Marsh, New Gum Springs Civic Association, Mount Vernon-Lee Chamber of Commerce, along with state and local government representatives, displayed their various offerings. Crafts, children’s games, and other community groups all attended and celebrated the historic anniversary. Some of the Gum Springs residents are descendants of slaves who worked the land owned by General George Washington.

In a recent meeting at her house, Singletary responded to a question on what she attributes to her longevity: “For as many years as I can remember, I exercised by walking, dancing — during the Second World War, she attended dances for the Fort Belvoir military — and working hard. I also believe in God and continue to attend church; I have faith in the power of prayer.”

She recalled how proud she is of her annual volunteering in the past to the Mount Vernon Ladies Association’s entertainment, in which she served food to the Estate’s guests. She also worked for the Fairfax County School system for 17 years.