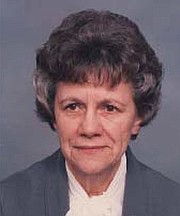 When she was a child, her parents lost their home in Wytheville, Va. and she spent several summers living with the William Haynes family at Ashantilly, a former rice plantation in Darien, Ga. which is now on the National Register of Historic Places and home to the Ashantilly Center. She also lived in Williamsburg, Va. while her mother was the Chi Omega sorority house mother and attended The Matthew Whaley School and Burton Parish Episcopal Church. She was also fascinated by the archeology and restoration of the historic buildings underway while she was there. In 1934 she was invited to live with her Aunt Betty and Uncle Harry Nicol in Detroit, Mich. Aunt Betty’s and Uncle Harry’s house became her cherished home away from home and she graduated from Grosse Pointe High School (Class of 1937).

As a teen Mary Page began to demonstrate her considerable artistic talents, was a lifeguard at the local pool and always had her faithful dog Tippy at her side. She enjoyed attending sporting and cultural events but most of all she loved to dance to the tunes of Guy Lombardo and Rudy Vallee. While she was in high school her father died and upon graduation she returned to Wytheville to be near her widowed mother. It wasn’t long after her return she was reintroduced to Lee Wilson Palmer (Lee still remembers not being invited to her sixth birthday party) and after a lovely courtship they were married on Oct. 4, 1940 at Homewood Manor, her Aunt Helen Wilkin’s home near Fort Chiswell, Va. The newlyweds began their life together in a quirky attic apartment in Pulaski, Va. where Lee was living at the time. Shortly after Pearl Harbor, Aunt Betty and Uncle Harry invited the young couple to return to Detroit where Lee worked in the Packard Plant grinding tubes for PT boats and both attended classes at Wayne State University. In 1943, Lee was drafted and Mary Page returned to Pulaski where she worked in the business office of the Radford Ordnance Works and New River Plant for the duration of the war, wrote letters to and prayed for Lee and comforted both their mothers.

When Lee was discharged on Jan. 1, 1946, they moved to Annandale, Va. where Mary Page restored normalcy to her war weary husband’s life (Lee had fought in Italy, France and Germany and participated in the liberation of Dachau). She soon found a position with the Virginia Employment Commission in Alexandria and encouraged Lee to interview for a hotel job she spotted which unexpectedly launched Lee’s career in the restaurant business and established the character of their life together. The couple moved to the Jefferson Manor neighborhood to be closer to their work and began to establish roots in the greater Alexandria community. They joined the Old Presbyterian Meeting House just after the congregation was formed, moved to New Alexandria and for the next 20 years she devoted her life to creating a home, motherhood, raising her children, caring for her aging mother and channeling her artistic talents into landscaping and tending her plants and flowers. After her mother died in 1966 and she felt comfortable returning to work she took a part-time position at the J C Penney on Washington Street in Alexandria. In 1976 she joined Lee as co-owner of the Old Club Restaurant in Old Town Alexandria and a family business was born. She brought genteel elegance to the restaurant and tended the books with the same care and precision she applied to all her endeavors. When the Old Club Restaurant closed on Jan. 1, 1986 she retired and enjoyed spending quality time with her husband, dining out, tending her beloved plants and flowers, visiting historic homes, the company of friends and family and telling stories about her family’s considerable Virginia history. By the time she turned 80 she had begun to show signs of dementia and within a few years became completely dependent on the support of her husband who cared for her in their home of 60 years until the final year of her life.

A memorial service in celebration of her life will be held at the Old Presbyterian Meeting House in Old Town Alexandria on Friday, March 2, 2018 at 1 p.m. In lieu of flowers, consider making a memorial donation to THEARC www.thearcdc.org, Habitat for Humanity of Northern Virginia https://www.habitatnova.org/,, The African Violet Society of America http://www.avsa.org/ or a local charity of one’s choice.