‘This Could Have Ended in Tragedy’ in Fairfax
Votes

‘This Could Have Ended in Tragedy’ in Fairfax 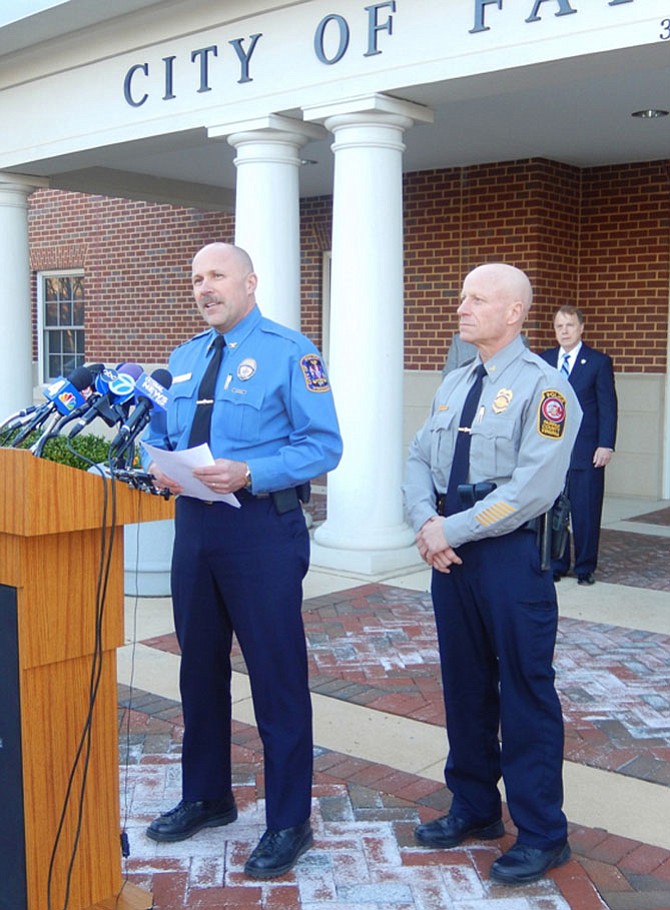 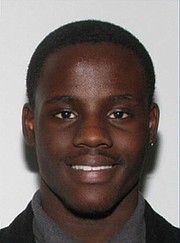 “The students did everything right by notifying their SRO, school administrators and parents. They acted smartly, sensibly and responsibly.” – Fairfax City Police Chief Carl Pardiny

Teens tweet often; but the anonymous tweets sent out Feb. 21 struck fear and dread in everyone connected to Fairfax High and launched an all-out police effort to find the sender. That’s because the person who sent them threatened an attack on students, school personnel and police, the next day.

Fortunately, the threat never materialized, but police continued investigating. And Monday afternoon, March 5, with the authorities closing in, the alleged tweeter, Ishmael O’Brien Lionel Harrison, turned himself in.

An 18-year-old senior at the school, he was charged with one count of making threats to commit serious bodily harm to persons on school property. Community members breathed a collective sigh of relief; but until he was arrested, many were terrified for their children. The tweets (minus some profanity, but typed as they were) read as follows:

“I hate that damn school so much. i hate the people and all the students there. You guys suspended me for skipping. I have been planning this for months now and now i am going to act. Better watch out Fairfax.”

ACCOMPANYING THE TWEETS was a picture of an AR15 assault rifle, and Fairfax City police say they found 200 rounds of ammunition for an AR15 in his home when they executed a search warrant there last Friday, March 2. City Police Chief Carl Pardiny said they also discovered a video of Harrison doing target practice at a shooting range.

So he was especially thankful that students who read these tweets immediately told the school’s police student resource officer, administration and their parents. The tweets went out Feb. 21 at 3:41 p.m., and Fairfax High Principal Dave Goldfarb then emailed parents to say the school was aware of the threat and was “fully cooperating” with police in their investigation.

“The safety of our students and staff is our highest priority,” he wrote. “As a precaution, there will be an increased presence of the Fairfax City Police visible at our school tomorrow. We thank everyone who has brought this concern to our attention. We are grateful to be part of such a caring community.”

Then that evening, Goldfarb told parents he understood they were “very anxious in light of recent events” and he would honor and respect all parents’ decisions about whether to send their students to school the next day. And, indeed, some parents did keep their children home, while others – reassured that police would be on the scene – let their children attend.

On Feb. 22, police posted on Facebook that they were continuing to “aggressively investigate the threat, with the assistance of FCPS safety and security, school administrators and other outside resources.” Police also posted officers at all City schools.

Then on Saturday, March 3 – in both a press release and a wanted poster with his photo on it – police identified Harrison as the person who allegedly sent the tweets from his cellphone. They provided his age, descriptions of both him and his car, plus his license-plate number. They’d also obtained arrest warrants for him and said Harrison “should be considered armed and dangerous” and that anyone seeing him or knowing of his whereabouts should contact police.

In a March 4 news release, police said they were appealing to Harrison to turn himself in; and the next day, around 3 p.m., he did. He was then arrested and is being held without bond in the Adult Detention Center. Police also charged him with one count of possession of child pornography.

Monday evening, in front of the City police station, Pardiny and Fairfax County Police Chief Ed Roessler held a joint press conference. “Children reported this threat they saw on Twitter,” said Pardiny. “And had it not been for these tips, this could have ended in tragedy. This threat created a tremendous amount of fear and anxiety in our small, tight-knit city. But we’re absolutely committed to the safety and welfare of our community. We take things like this very seriously.”

Saying how “incredibly proud” he was of his detectives and all the hard work they put into this case, Pardiny also thanked the City and county school administration, plus county police, for all their help, as well as members of the community “for their patience while we investigated.”

But most of all, he said, “The students did everything right by notifying their SRO, school administrators and parents. They acted smartly, sensibly and responsibly.” He further noted that Harrison’s mother was also arrested Monday on outstanding larceny warrants from Manassas City police.

ROESSLER, too, thanked the “highly engaged community. This is an example where students, parents, schools and two police departments worked together to take that threat off the streets and bring someone to justice.” Agreeing, Pardiny said his personal cellphone was getting “bombarded with calls,” adding, “That’s what happens when you’re the police chief of a small town.”

Roessler said the county has had 52 threats since school began in August. “We’re just blessed that we’ve not had a tragedy here, like they’ve had nationwide, since 1982,” he said. “It’s the engagement of students and trust that solved this case.”

“The message is that we’re here to protect you,” said Pardiny. “And if you hear something, say something right away. We don’t want any possibility of a threat to go unnoticed.”

After the press conference, Fairfax Mayor David Meyer said, “The police have done a superior job. This has been a challenging 12 days, but the Police Department stayed focused on this investigation from the beginning. And through it all, the safety of students at our schools was paramount. I’m very pleased that [Harrison] turned himself in and this was resolved peacefully.”