Housing Students and Teachers for March

Local woman spearheads effort to find shelter for those coming for March 24 rally. 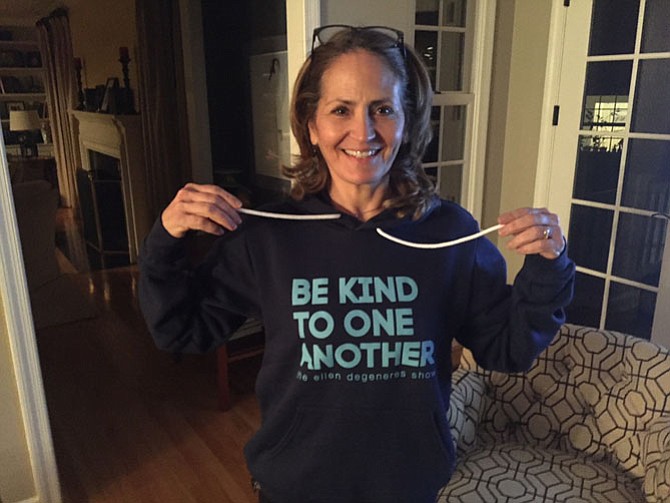 Cindy Sherman of Bethesda is leading an effort to find housing for those coming to the nation’s capital for the “March for Our Lives.” Photo courtesy of Cindy Sherman

While hundreds of thousands of students, teachers, parents and supporters prepare to descend upon the Washington region later this month, one woman is working to ensure that they have places to stay while in the nation’s capital.

Cindy Sherman, a mother of four adult children, was struck by the bravery and tenacity of the students who demanded change in the wake the deadly shooting at Marjory Stoneman Douglas High School in Parkland, Fla. Her awe has resulted in a philanthropic effort that has led to free-of-charge housing.

“I watched these kids on CNN and admired them so much,” said Sherman who lives in Bethesda. “I wanted to make sure that when they came to D.C. they had housing with easy access to public transportation so they could go by bus, Metro or even walk to the march.”

Sherman began contacting neighbors and friends to ask if they had an extra room and bed to spare. She was taken aback the reaction. “I got an overwhelming response from people from all over the area,” she said. “I found 50 beds on my block alone.” said Sherman.

She has secured accommodations for about 500 teachers and students, and while the number is growing there is still a need for more accommodations. Sherman encourages anyone with space to spare for the march to visit: www.marchforourlives.com.