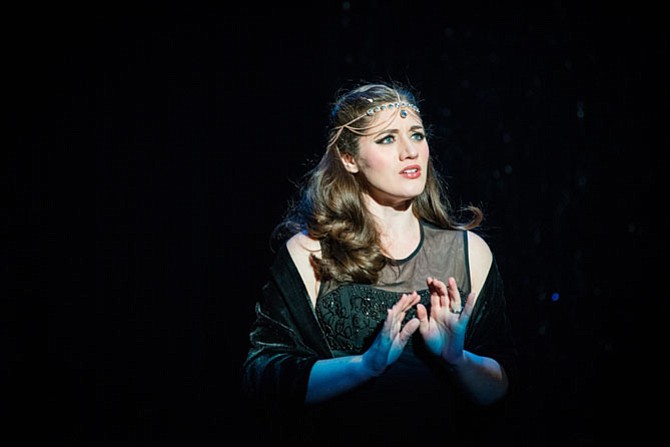 There were a total of 99 productions; 33 musicals and 66 plays adjudicated by WATCH during calendar year 2017. There are about 30 community theaters that are members of WATCH located throughout the Virginia, Maryland and the District of Columbia.

The Reston Community Players (RCP) received WATCH awards for its productions of “Aida” and “Rock of Ages.”

For “Aida” the RCP received awards for:

"Receiving a WATCH Award is a great honor, and I am still reeling from it. There is just so much great work being done on stage and behind the scenes in theaters all across the Washington Area; just being recognized with a nomination is a huge accomplishment in and of itself,” said Claire O’Brien Jeffrey. “Performing is something I do because I simply love to do it and have to have it in my life. To have people in the WATCH community who I respect and admire say that they enjoyed my work enough to recognize it with an award is humbling and wonderful.”

For “Rock of Ages” the RCP received awards for:

Joshua Redford, who received the WATCH Award for Direction of "Rock of Ages," said he “was overwhelmed by the amount of recognition that the cast and production team received for ‘Rock of Ages.’ I knew on opening night that we had a very special show and said as much to my cast before they stepped on stage to perform. I couldn't ask for a better group of people to work with.”

Dan Widerski, who received awards for both “Aida” and “Rock of Ages,” said, “It is such an honor to be recognized by WATCH for the work that we do. I am so proud of the carpenters and painters that devote countless hours to building the scenery for these shows. Their workmanship is second-to-none. This group has been one of the best I have ever worked with.”