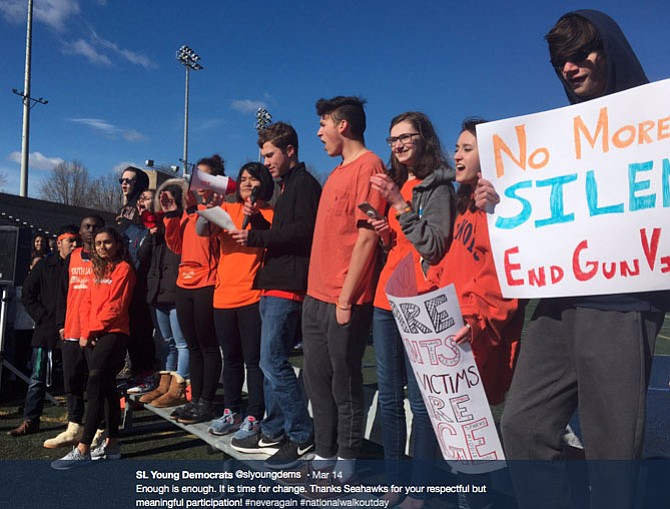 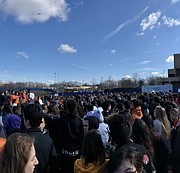 At 10 a.m. Wednesday, March 14, one month to the day after the deadly shooting rampage at Marjory Stoneman Douglas High School in Parkland, Fla., students at local high schools and across the nation observed a national day of solidarity and walked out of their classrooms in response to gun violence. #Enough, #Neveragain #NationalWalkoutDay

Members of the South Lakes Young Democrats club (SL Democrats) helped organize their school's walkout days before the event, writing on their Twitter account, "Enough is enough. Join us as we call for change. Wear Orange" (to support safer schools.) They urged students to make "school appropriate" signs.

During the walkout, South Lakes students gathered in the football stadium behind the school. Police cruisers were seen parked on surrounding streets. Media was not allowed on the school grounds.

Photos of the walkout as seen on the SL Democrats account showed South Lakes students holding crayon and marker-made signs: “#Enough; No More Silence, End Gun Violence; This is Not a Drill. If Something Happens, I Love you#NeverAgain.”