Performing ‘Imagine!’ at The Bullis School 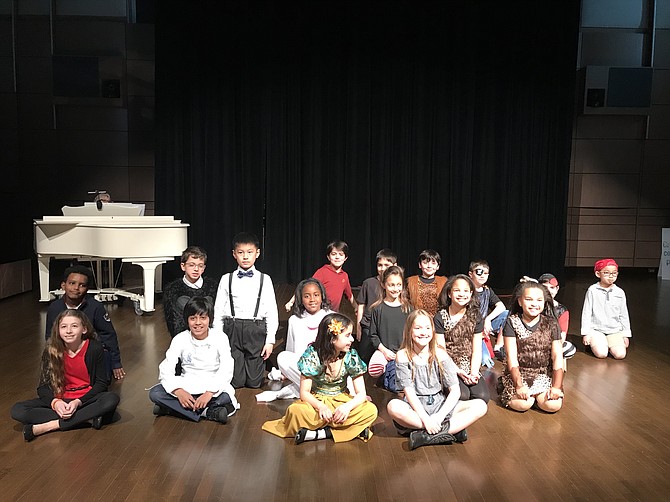 Third grade students from The Bullis School sing a song from “Imagine!”

Third graders at The Bullis School performed an original musical: “Imagine!” The play explores creative thinking through five humorous scenes that include invention, arts, language, writing and make believe. The play relays a message about the importance of developing one’s imagination and the significance of the the arts in people’s lives.

The playwright Rob Cohen has written the script, lyrics and music for nine musicals for children, built on universal themes about the world and character education. Several schools around the country have performed his works. For more information, visit www.Classplays.com.