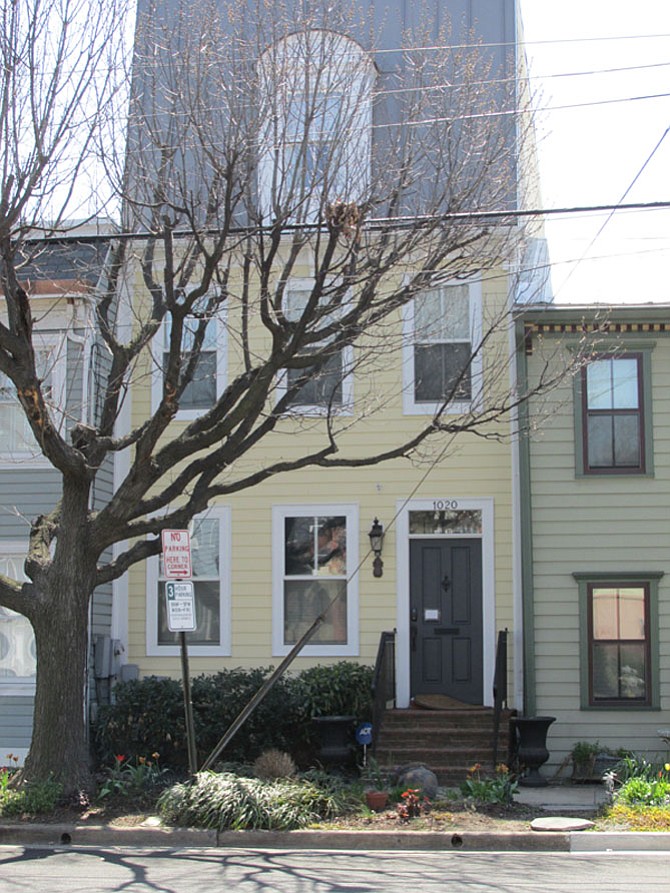 The house on Oronoco Street where Martha Miller had her Kindergarten School from 1930s –1950. Photo by Char McCargo Bah

Prior to 1965, the public school system did not have a Kindergarten program, and African Americans in Alexandria took their children to private Kindergarten schools in their communities. There were several well-known private schools like Mrs. Alma Pinn-Murray, Mrs. Ethel Chichester-Nelson, Mrs. Mary Howard-Penn and Mrs. Martha Napper-Miller’s Kindergarten school. For Mrs. Miller, her students wanted her story known.

Mrs. Miller had a couple of occupations before she started the Martha Miller Kindergarten School; she was a laundress and a dressmaker by 1920. Early in the 1920s, Martha married Pierce S. Miller who worked for the railroad at Potomac Yard. The couple lived at 402 and 404 North Patrick Street in the 1920s and early 1930s. By the mid-1930s, Mrs. Miller established her Kindergarten School at 404 North Patrick St. Soon, she realized that she needed more space, so Martha, her husband and her adopted daughter, Anna Woodlawn, moved to 1020 Oronoco St. where she expanded her school. Mrs. Miller retained the services of Christine Butler and Saretta Norton to assist her with the school.

Many students who attended Mrs. Martha’s school loved her style of teaching. The students learned to read, write and do arithmetic. Mrs. Miller was strict and loving. She taught children from the mid-1930s to 1950. Three of her students expressed their fond memories of her. Mrs. Norma Jennings-Turner said, “My grandmother wanted me to be prepared for school, and she asked Mrs. Martha for some reading materials. She gave my grandmother books for me to read. When I started regular school, I excelled and graduated from high school at the age of 15.”

Mr. Gerald Wanzer attended Mrs. Miller’s school, and he said, “I probably attended Mrs. Martha’s school around 1948 and 1949. She taught her classes in her home at 1020 Oronoco St. How do I remember that Dick and Jane reading book and also her ruler; if you acted up in her class, she would surely use that ruler.”

Frances Norton-Burton also attended Mrs. Martha Miller’s school and she remembered Mrs. Miller as a no-nonsense teacher and she credits Mrs. Miller for her love of learning, and her interest in books. Her Kindergarten school was not a place to play but a place to learn. She said, “It was very structured. There was time for learning and time for recess, but it was made clear that we were there to learn.”

Mrs. Miller taught many children in Alexandria who did well in school and continued their education after high school. Some of her students became government workers, teachers, social workers, entrepreneurs, firefighters and worked in private businesses like the supermarket and the telephone company.

Mrs. Martha Madalene Napper-Miller was born Jan. 3, 1878 in Alexandria to Samuel Napper and Cora Marshall. She never had any children of her own but she adopted a daughter, Anna Woodlawn David and she raised Albert Miller. Her husband, Pierce S. Miller died on July 2, 1949.

On Sunday, March 23, 1952 on a cold rainy spring day, Mrs. Martha Miller died at the Alexandria Hospital. The dreary weather was fitting for the attendees whose hearts were full of sadness. Her funeral was held on Tuesday, March 25, 1952, 3 p.m., at Alfred Street Baptist Church. Her family, former students and friends were among the large crowd that attended her funeral. Reverend A. W. Adkins who officiated the service said his last words to her at the grave site. She was buried at Douglas Cemetery.

Seventy-years later, many of Mrs. Martha Miller’s students remembered their time spent at her school. They were the fortunate ones who were disciplined by a caring teacher who gave them a positive school experience and prepared them for public education.

You have done a great job Mrs. Miller, and your former students will never forget you.