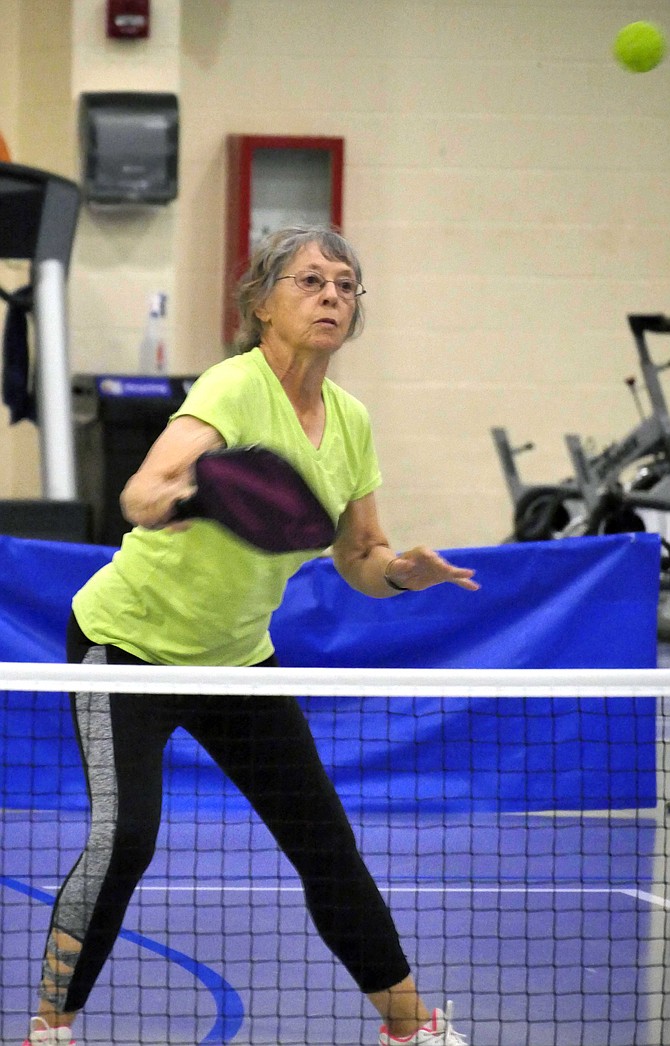 Walkers circled the track surrounding the pickleball courts located in the middle at Thomas Jefferson Community Center where the competition was taking place. Four age brackets competed, ranging from five teams in the 60-64 year old class to three teams in the 80-89 year old class.

A table of volunteers, wearing black T-shirts emblazoned with a bright green NVSO logo, checked in the participants and point them to their courts. "Did you see that shot" as enthusiastic supporters yelled encouragement from metal chairs on the sideline, cheering on relatives or waiting their turn to play.

"Did you forget to bring the bananas?"

"What time do you play?"

"I haven't seen you since last year. How you been?"

Chuck Toftoy and Betty de la Cruz faced off against Horace Reyer and Elease Brooks, all from Arlington, in the second round of the 80-89-year-old category. On a nearby court Beth Baynes, Alexandria, and Tom Garcia, Arlington, played in the 9 a.m. slot.

The NVSO will continue until Sept. 26 with more pickleball, croquet, mini-golf, handball and bunco with rain date track events and tennis mixed in. This year's competitive events are being held in 29 locations across Northern Virginia.