About $15,000 in proceeds will benefit the McLean Community Foundation. 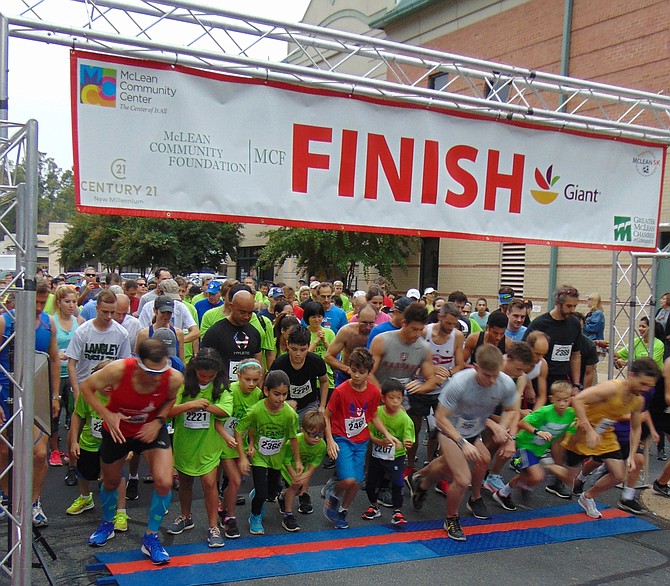 The starting line for the 10th Annual McLean 5K Run, which had 500 runners and took place on Saturday, Oct. 6, 2018, at the McLean Square Shopping Center in McLean. Photo by Steve Hibbard. 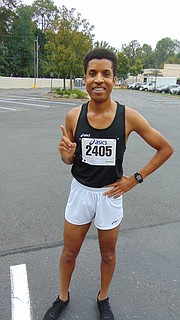 The first-place male finisher was Omari Daughtridge, 32, of Fort Washington, Md., with a time of 16:16. 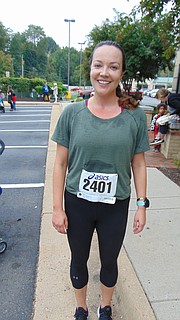 The first-place female finisher was Alanna White, 31, of Alexandria and originally from McLean. Her time was 22:07.

Members of Cub Scout Pack 1576 from the Adams Islamic Center before the race.

About 500 runners and walkers took part in the 10th Annual McLean 5K Run, which was held at the McLean Square Shopping Center on Saturday, Oct. 6, 2018. Hosted by the McLean Community Center with the support of sponsors Century 21 New Millennium and the Greater McLean Chamber of Commerce, the proceeds, estimated at $15,000, benefitted the McLean Community Foundation charitable organization. Competitive runners, casual runners, walkers, strollers and pets all took part in the race.

“I really appreciate everything the McLean Community Center does, especially events like this which creates a sense of community in McLean,” said Supervisor John Foust. “It brings people of all ages together to have fun and do something important and it’s what makes McLean a wonderful place to live in.”

“It’s a fun run; it’s not just about a competitive race. It’s a walk, run, stroll, walk your dogs through this course in and around downtown McLean,” added George Sachs, Executive Director of McLean Community Center.

“It’s in McLean, it’s for McLean, and it’s by McLean. That’s our tag. Here in McLean, it’s put on by us and all the volunteers and the businesses in this community have gotten together to do this as an annual thing; this is our 10th year in doing this race,” he said.

Added Del. Kathleen Murphy (D-34): “This is really something to bring the community together and energize us and let everybody meet everybody. It’s a way for neighbors to meet neighbors. It’s a great event every year and lots and lots of people show up, and you can run or you can walk or you can watch, which is what I do.”

The top male and female winners won a seven-day Wyndham vacation anywhere in the world, courtesy of Century 21 New Millennium. A third vacation went to a random bib number called at the awards ceremony.