400 people and 200 dogs walk to bring attention to link between domestic violence and animal cruelty. 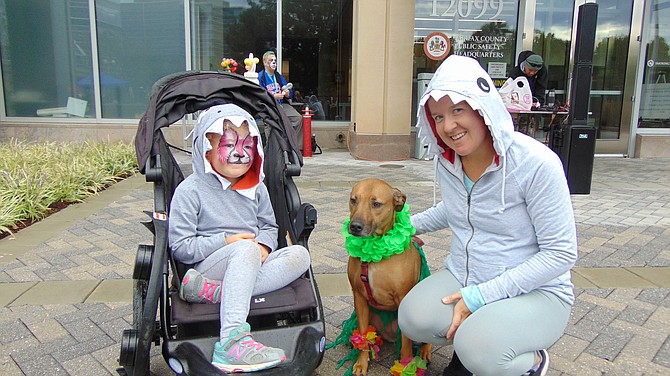 Shannon Johnson of Burke with her daughter Rose and dog Penny. Photo by Steve Hibbard. 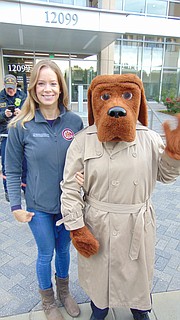 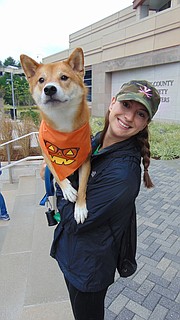 Brittany Whitt of Fairfax with her dog Katana. 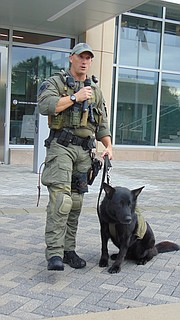 The crowd gathers before the walk with their dogs.

About 400 people and 200 dogs took part in the 12th annual K-9 Krawl 5K walk held Saturday, Oct. 13, on the grounds of the Fairfax County Government Center. The free event helped bring awareness to domestic violence and the link to animal cruelty.

“We decided since October is Domestic Violence Awareness month, that we needed to bring some attention to domestic violence and this was a unique way to bring animal lovers and people together and educate them about domestic violence itself and that link to animal cruelty,” said organizer Kacey Kirkland, Victim Services Specialist with Fairfax County.

The event featured various county resources with booths and exhibits, including: the Office for Women; the Domestic Violence Action Center; the INOVA SANE Program — the forensic program that does forensic exams for sexual assault and domestic violence victims; the Humane Society; Fairfax County Animal Shelter; and Caring Hands.

Kirkland continued: “What we have found statistically is that women who are in domestic violence situations usually have a family pet and that family pet is pitted against them by their abuser — either that they will harm them or kill them or do something to them if they leave the partnership or marriage. So, it’s used as a tool to control their victim. This is a way for us to talk about that so people understand that connection.”

Former Sully District Supervisor and animal supporter Michael Frey was on hand as well. “The problems of domestic abuse are so rampant in the country and so misunderstood; they so often go below the radar. People are afraid to come forward and so highlighting the issue and bringing attention to the resources that are available for victims and survivors are so important,” he said.

He added: “A lot of people don’t realize that Fairfax County was one of the first jurisdictions and first police departments in the country to make the connection between people who abuse animals and people who later in life go on to become perpetrators of domestic violence.”

He added: “And any event with dogs — you’ve got to love events with dogs. I’ve been a dog owner all my life and seeing everybody out here with their animals on a rainy day — I think it’s a special cause when people come out on a rainy day.”

There was a costume contest for owners with their pets as well. Winning first place was Grace Cross and her dog Astro who dressed up in a Harry Potter theme with Cross as Death Eater and the dog as Padfoot/Sirius Black. The second-place winner was Shannon Johnson and her dog Penny dressed as Hula Dog with a family of sharks.