Mount Vernon entrepreneur makes desserts a piece of cake for those with allergies. 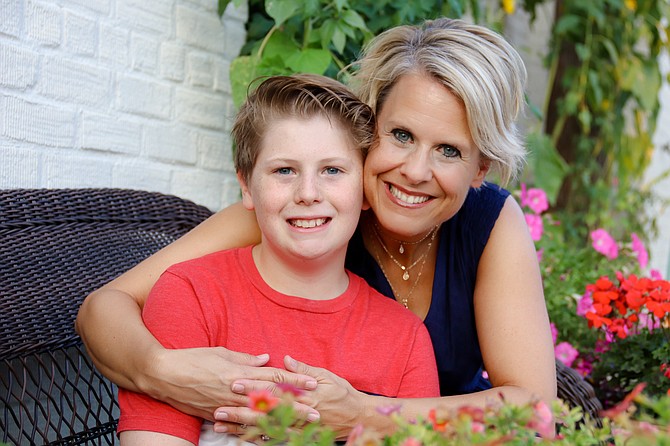 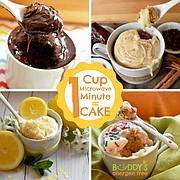 There’s nothing like the simple joy that comes from digging into your favorite dessert – a piece of cool key lime pie on a summer evening or a gooey chocolate chip cookie just minutes out of the oven. For 12-year-old Mount Vernon resident Alex Catron, though, nothing about treats has ever been simple.

Alex, now a seventh grader at Sandburg Middle School, will always remember the acute gut pain he’d feel every time he ate so many of the most classic foods for youngsters.

“At school, I couldn’t have any of the food or treats they had at parties,” Alex said. “If I did eat them, I’d get a stabbing pain in my stomach. The best way I can describe how I felt is that it was like the sensation you get when you run and get that painful gas buildup in your stomach. And the feeling would last a long time after I finished eating. Even though no 8-year-old wants to eat vegetables while their friends are eating things that taste so much better, I also knew how bad I would feel eating pizza, cupcakes or other things like that.”

It was perplexing for Alex’s mother, Laura Catron, who said that food sensitivities and intolerances were not on her radar in the beginning.

“Looking back on it, there were signs from when Alex was tiny,” Catron said. “He never liked bread or milk. Then, as he got older, he frequently had stomach pains. At the same time, stomach aches are common complaints for any child. Most tests he had at the doctor’s office consistently came back with normal results. Now I realize it was because medical professionals weren’t thinking outside of the box and looking for the right thing.”

Finally, four years ago, it was determined that his body couldn’t effectively process the proteins found in the “the eight major allergens,” which are gluten, dairy, eggs, soy, peanuts, tree nuts, fish and shellfish. Yet, even with this mystery solved, Catron was faced with finding culinary solutions.

“We are an Air Force family and were at the time living in Norway, where food was very simple,” she said. “That meant there weren’t many, if any, ready-made food options at the grocery stores. I have always baked a lot, though. When I was a kid, we used to make mug cakes – these cakes that would fit into a coffee mug. When I’d make them for my own kids, the original recipe precluded Alex from eating them. One day, my oldest daughter said, ‘Figure out how to make one for Alex.’ So I did.”

She soldiered through countless kitchen experiments to ultimately craft a concoction, Buddy Cakes – small cakes without any of those eight major allergens. And, not only could Alex – nicknamed Buddy – eat his namesake cakes without pain, but he actually couldn’t resist them. The mini-cakes became so popular within the entire Catron circle that, in 2016, she launched her own business, Buddy’s Allergen Free.

Buddy’s Allergen Free offers single serving mixes that turn into ready-to-eat cakes after one minute in the microwave. The icing on the cake: Each mix also comes with a serving of frosting.

“My kids’ friends kept asking for them whenever they’d come over,” Catron said. “Also, whenever I met a mom who was struggling with a child who had food allergies, I would share my treats with them, Then, those moms would always follow up to ask for more. I realized how much I could help people, because, dealing with food issues is such a different world.”

Varying flavors of Buddy Cake mixes can be purchased through the Buddy’s Allergen Free official website, which also features a host of allergen free recipes for one’s own making.

Food rules lives in ways most don’t realize, so life is far from a piece of cake when there are so many off-limits ingredients.

“We don’t realize how much of childhood involves food,” she said, “There are birthday parties, sleepovers, school treats, amusement parks, and grabbing ‘junk’ on road trips or in airports. Now, instead of feeling abnormal, Alex feels cool because his mom owns a business named after him. The cakes are so delicious and fun that his friends absolutely love them.”

Chances are, many people could benefit from having Buddy’s Cake mixes in their pantries.

“I did a lot of research and found out that American food producers genetically process so much out of wheat,” Catron said in reference to gluten intolerances. “What’s done to so much food in this country messes with a lot of people’s bodies. I can say with certainty that it affected Alex’s psyche, too. Now that I’m immersed in this, I know there just so many people with food issues.”

Buddy’s Allergen Free has bonded the Catron family of five and has simultaneously given meaning to Alex’s suffering.

“I just talked to my mom two days ago about this,” Alex said. “If I’d never had these problems, then we wouldn’t have this company, and none of this would be happening. It’s nice, because, I know there was a purpose: this awesome company. I love when my mom gets a lot of orders and it’s awesome to see how happy she is going to festivals and other events and selling these cakes all over.”

Business has begun to boom all around the country for this one-woman show both on and offline. Two Illinois grocery stores, for example, will soon stock Buddy Cake mixes.

“Sometimes I get four hours of sleep a night and I still love it,” she said. “It’s both so fun and so rewarding. I’m always trying to come up with new things. My own kids and neighborhood kids are my taste testers, so, when I have six different kids with six different tastes saying, ‘This is perfect,’ then I know I’ve got a new flavor of cake or icing down. I already have another line of sweets in production that I hope to launch in 2020.”

While her initial goal with this venture was to establish a sense of dietary normalcy for Alex, she now sets out to grow Buddy’s Allergen Free as a vessel for boosting the morale of all the food-challenged families she can reach.

“I’ve always wanted to start my own business, but I never knew what exactly I could provide,” Catron, a former attorney, said. “Now I frequently tell Alex, ‘I’m sorry for all your suffering early on, but, maybe it was a blessing in disguise, because now I have this business that we can use it to help all these other people.’ I know how hard it is to find foods like this that kids actually like.”

Alex, whose favorite Buddy Cake flavor is the chocolate fudge, doesn’t even think the blessing is disguised. Rather, he sees it as a very distinct silver lining.

“Now I have something that I look forward to eating,” he said. “I can have these cakes, and friends love them, too, whether or not they have food intolerances like I do. This whole experience has convinced me that it’s important to stay positive. If you have these intolerances, know it will get better. There is definitely something out there that can help you.”