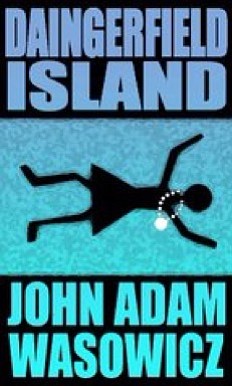 Cover of “Daingerfield Island” by John Adam Wasowicz, former Virginia prosecutor. He will be at Scrawl Books Saturday, Sept. 15, noon to 2 p.m. to meet readers and sign copies of his new novel. Photo Courtesy of John Adam Wasowicz 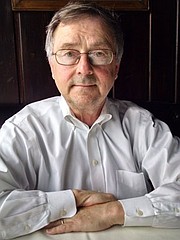 In John Wasowicz's recent legal thriller, “Daingerfield Island,” it's not picnics and sailboats as one might normally call to mind when thinking of the idyllic park and marina off the George Washington Parkway located near Reagan National Airport, but murder and conspiracy. The Fairfax County native and former Arlington prosecutor brings his book tour for his novel home to Northern Virginia after traveling up and down the east coast this last year.

Wasowicz will be at Reston's Scrawl Books, 11911 Freedom Drive, Reston Town Center on Saturday, Sept. 15, from noon to 2 p.m. to meet readers and sign copies of his new novel.

The plot of “Daingerfield Island” centers on a perceptive Washington, D.C. defense attorney and former prosecutor who represents a man falsely accused of a murder that occurs off Daingerfield Island. In the course of representation, the attorney uncovers an elaborate web of conspiracy to assassinate a foreign diplomat.

“Daingerfield Island” puts the ''I'' in danger: intelligent, imaginative, intriguing," writes Michael Neff, author of "All The Dark We Will Not See." "The book is a timely metaphor about the power of alternative facts in a post-truth world.''

Asked in an interview if the characters in his novel were based on real people he had encountered, Wasowicz said he created them from "snippets of memories" based on people he met as a prosecutor.

"The characters are a composite of different judges, prosecutors and attorneys with whom I interacted in Northern Virginia for a 15 year period," Wasowicz said.

In addition, Wasowicz said he learned from the manuscript readers for “Daingerfield Island” that they enjoyed a character he named David Reece, and they objected so much to his being killed in the initial draft for the book that Wasowicz rewrote the entire scene. The character is beaten up instead and lives on.

"The people who read your manuscript are critical to the success of the final product…The irony is, that character (Reece) now has a more prominent role in my next book, a sequel to "Daingerfield Island" where he becomes a principal player," professes Wasowicz.

For more information about “Daingerfield Island” by John Adam Wasowicz, published by BrickHouse Books, (234p), ISBN 978-1-938144-55-4 and the book sale and signing at Scrawl Books in Reston, visit www.scrawlbooks.com.