The Other Alexandria: History: Carter-Goods: ‘A Special Teacher’
Votes

The Other Alexandria: History: Carter-Goods: ‘A Special Teacher’ 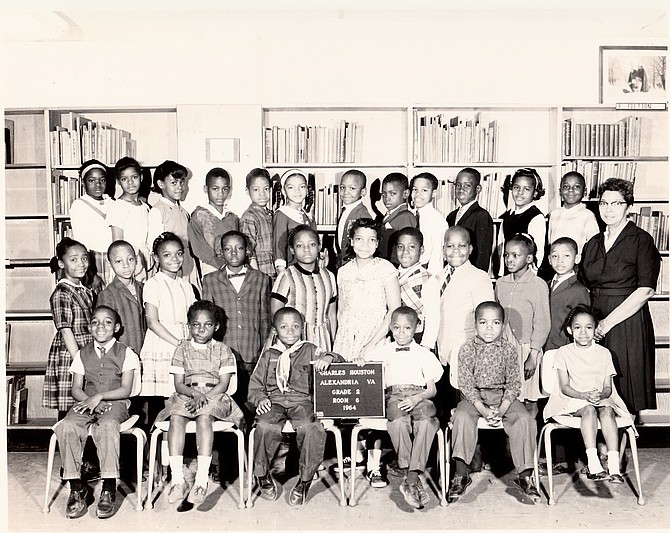 Even when Ellen Elizabeth Carter-Goods was in the first grade, she dreamed of becoming a teacher. She was inspired by her first grade teacher, Laura Dorsey. Ellen attended grammar school at Hallowell School for girls for six-years, then she attended Parker-Gray for two-years graduating from the eighth grade. To further her education, she commuted to Washington, D.C., by bus, and she walked from the bus stop to Dunbar High School. Ellen walked more than five miles a day to and from the bus to school. After graduating from Dunbar, she attended Miner Normal Teachers School, it was farther away from Dunbar. Rain or snow, she walked several miles a day from her bus stop to school without missing a day from school.

Ellen graduated from Miner Normal Teachers School in 1928, and began teaching at Parker-Gray School in the same year. She was excited to join the faculty and become a colleague of her favorite teacher, Ms. Dorsey. Mrs. Goods taught first through sixth grades. A devoted and caring teacher, Ellen visited the homes of her students for her to know the parents; she provided students with extra help in their lessons. When Mrs. Goods noticed that a student was absent from school, she took the time to find out why. One particular student had missed several days of school. When she found out that the student did not have a winter coat, Ellen purchased a coat for him. She taught many students, including her siblings, nephews and nieces. One of her siblings, Alfred Carter that she taught, became a teacher and a coach at Parker-Gray.

In 1950, Parker-Gray School moved from 901 Wythe St. to its new building at 1207 Madison St. The old Parker-Gray School was renamed to Charles Houston Elementary School. The requirements in the public school system to become a teacher had changed. Teachers were required to have a bachelor’s degree. Though Ellen was married by this time and had three children of her own, she began taking classes at Howard University. After taking few classes at Howard University, she enrolled at Hampton Institute in the undergraduate summer program. For four summers, Ellen and her three children moved to Hampton, Va. while she attended Hampton Institute. Her daughter, Elizabeth Goods-Brooks Evans, remembered the good times she and her siblings had in Hampton, Va. when their mother was attending school.

In 1959, Mrs. Goods graduated from Hampton Institute with a Bachelor of Science degree. She continued teaching her students at Charles Houston Elementary School. Mrs. Goods stayed at Charles Houston until she was reassigned to Robert E. Lee Elementary School. She retired from Alexandria Public School on June 15, 1971 with 41 years of service. During her tenure in the School system, she was a charter member of the Alexandria Teachers’ Association.

Ellen Elizabeth-Carter was born on Sept. 21, 1907, to Douglas Robinson Carter and Elizabeth Campbell at 614 South Washington St. Ellen lived at home until she married, Moses W. Goods, Sr., on June 7, 1937. Moses and Ellen had three children Todd, Elizabeth and Moses, Jr.; Elizabeth is still living. On Feb. 21, 1983, Ellen Elizabeth Carter-Goods died. A former student heard about her funeral and he visited Ellen’s daughter. After expressing his sympathy to the family, he told Elizabeth that Mrs. Goods was his elementary teacher. He also told Elizabeth that her mother bought him a coat because his family could not afford one. He expressed his gratitude to Elizabeth for the help he received from her mother. That student became a doctor because Mrs. Goods devoted her time in helping him and other students. She was “A Special Teacher.”