Mount Vernon's Collingwood Mansion to be Demolished by Owner
Votes

Mount Vernon's Collingwood Mansion to be Demolished by Owner 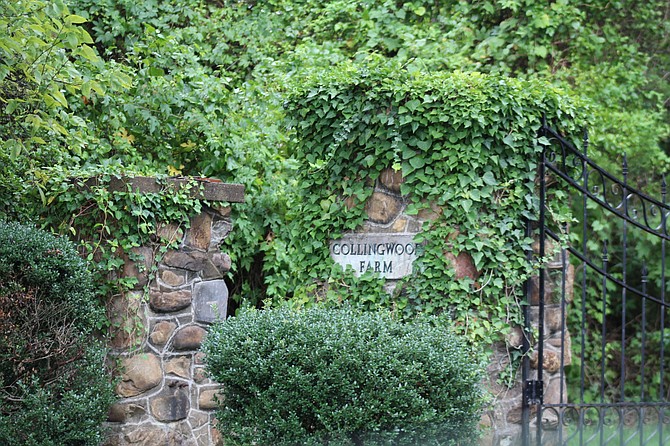 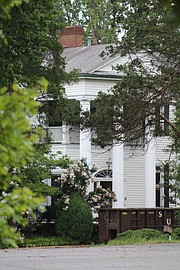 Collingwood Mansion, a historic property on George Washington’s River Farm, is set to be demolished before Christmas according to the Fairfax County officials. The owner, Tyler Murrell, plans to replace the building with a modern home and pool.

“Every time you lose a bit of history, you change the feeling and sense of an area,” said Mount Vernon District Supervisor Dan Storck. “It’s always sad to see a building like this go.”

Murrell, whose father founded the Five Guys restaurant chain, bought the property for $2.6 million in 2015. The demolition permit was approved by Fairfax County on July 1. Murrell did not respond to a request for comment.

Built in 1852 by gentleman farmer Henry Allen Taylor, Collingwood consists of nearly nine acres of land and two stories of colonial revival architecture along the Potomac River between Old Town, Alexandria and George Washington’s Mount Vernon. While the property was used as a farmhouse for the first time by Taylor, local legend holds that the original structure was George Washington’s overseer’s house in the 1780s.

Archeology and Collections Branch Manager Elizabeth Crowell of the Fairfax County Park Authority believes occupation of the Collingwood property may date back even before Washington.

“There are two archeological sites on the property,” Crowell said. “We’d like to continue excavations both concerning Collingwood artifacts and concerning artifacts from native American occupation there. We think there is a high probability of success with both, but until we dig we’ll never know.”

Crowell said the current demolition will not affect the archeological sites. However, the county cannot require the owner to allow further excavation on the two sites.

“We’d love to know more and we’d love if he supported us, but he has no obligation to,” said Crowell.

COLLINGWOOD HAS BEEN remodeled and repurposed on multiple occasions throughout its life. After Henry Allan Taylor’s death in 1856, Quaker landowner Stacey Snowden purchased the property, having recently moved to Virginia as part of the mass migration of Quakers from New Jersey from which many residents of the Mount Vernon area descend. Stacey, along with his two brothers, transformed the area from farmland to the neighborhood as it is known today.

“Because we’re so close to big, American landmarks like Mount Vernon, we forget how important the Snowdens were to this area — which used to be called Snowden, Virginia,” said regional historian Tammy Mannarino. “These guys named our roads, built a public steamboat to transport tourists from D.C. to Mount Vernon and started the first one-room schoolhouse in the neighborhood. Collingwood was right at the heart of all of that.”

Mannarino said the Snowdens established a post office at Collingwood, held monthly meetings there concerning local agriculture, and made Collingwood a stop where tourists could picnic on their way to Mount Vernon by steamboat. Additionally, Stacey Snowden served as district supervisor while living at Collingwood.

FOLLOWING THE DEATH of Stacey Snowden, Collingwood was repurposed as a restaurant until, in 1942, it was leased by Pennsylvania Central Airlines as a dormitory and training facility for pilots during World War II.

“Many country estates in Fairfax County were being put to use for war purposes at that time, and airlines were providing a lot of military service,” said Mannarino. “It made a lot of sense at the time, though it seems strange now.”

Mannarino said several renovations were made to the house during this time. She also said that it is rumored, though never proven, that the house was simultaneously used for intelligence purposes.

After the war, Collingwood became a restaurant again. It was later used as a theatre and a space for community meetings and weddings. In 1977 the National Sojourners purchased it as a library and museum containing over 4,500 books and artifacts. The foundation, however, went into debt, putting Collingwood back on the market.

Many argue the number of renovations Collingwood has undergone makes it less important as a historical site, but Mannarino disagrees.

“We know that Collingwood has been remodeled and repurposed over time, but some might say that’s the value of it,” said Mannarino. “It’s a house that evolved to meet the needs of this community. If Collingwood has to come down, my only hope is that the owner allows an expert to be present during the demolition since it’s our last opportunity to analyze the evolution of this building.”

While Collingwood Mansion was listed on the Fairfax County Inventory of Historic Sites, the designation is only honorary and does not prevent the property owner from modifying or destroying it. The Fairfax County Park Authority could only ask that the owner provide photo documentation of Collingwood as it stands today, which he has done.

Storck said that properties like Collingwood could be better defended in the future if citizens communicated with state officials.

“Collingwood hasn’t played an active role in our community for years now,” Storck said. “But there are some properties that, if lost, would be devastating. In Virginia, we have strong property rights, but that also means we have no tools or restrictions when it comes to regional historical sites. The best way to prevent those from being lost is to talk to your state senators and delegates about having laws that, at a minimum, would cause the developer to consult the community before destroying a building of local significance.”

According to Fairfax County History Commissioner Sallie Lyons, the Board of Supervisors recently created a Resident Curatorship program in which residents are selected by application to live with reduced rent at historic sites in return for maintaining and rehabilitating the property. The History Commission is also exploring the use of tax incentives to encourage owners to restore rather than demolish historic homes.

“The loss of this structure will have somewhat less of an impact than it might in other areas, because we have so much history around us that reinforces our community identity,” Storck said. “But, once Collingwood is gone, we can’t get it back. Ideally, I wish the owner could build the kind of home they’d like while also recognizing and honoring this house’s role in making this community what it is today.”

This article was updated August 6, 2019 to remove a reference to the National Register of Historic Places.