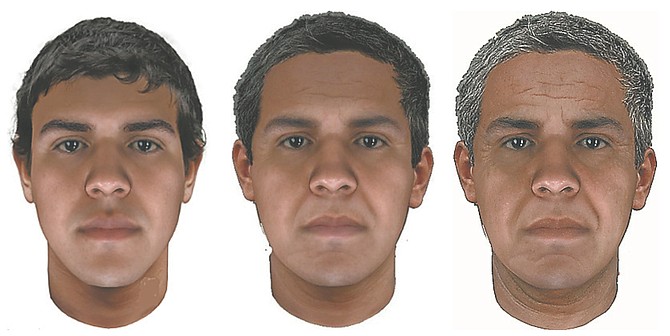 The composite sketches are a representation of what the suspect may look like at age 25, 40 and 55 years old. 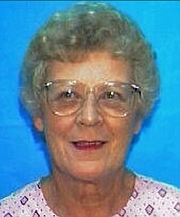 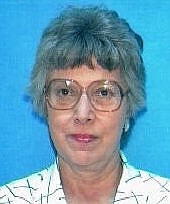 For more than 13 years, the brutal murders of two Springfield women have remained a mystery. Both cases occurred within a four-month period in late 2006 and although detectives do not believe the victims knew each other, they had a lot in common. Most notably, both women were named Marion.

Marion Marshall and Marion Newman were both in their 70s. Neither woman had children or was married at the time of their death. They lived alone – only two miles apart from each other. Autopsies revealed that the cause of both women’s death was strangulation and blunt force trauma. Detectives from our Major Crimes Bureau Cold Case Squad are seeking the public’s help to solve these cases and bring resolution to both women’s families and friends.

Marion Marshall lived in the 6600 block of Bostwick Drive and was last seen alive on Aug. 14, 2006. Surveillance video showed that Marshall visited a grocery store in the Bradlick Shopping Center in Annandale at approximately 11 a.m. that morning. Detectives believe she drove home and was unloading groceries when she encountered her killer. The circumstances of the encounter are unknown, but detectives found no signs of forced entry into her home. Marshall was found dead by a friend later that evening.

Marion Newman lived in the 7100 block of Reservoir Road and was last seen alive on Nov. 19, 2006 when she visited her mother at a senior living community in Springfield. Newman was scheduled to return to see her mother the next day but never arrived. She was found dead by a friend inside of her home on Nov. 21.

DNA EVIDENCE collected from the scenes confirmed that both women were sexually assaulted and that the same offender was responsible for both murders. Despite being entered more than a decade ago in a nationwide database of DNA samples, the identity of the offender has remained unknown. Now, detectives are hoping that newly emerged technology will assist in identifying the killer.

Detectives sought the assistance of Parabon NanoLabs, a DNA technology company in Northern Virginia that specializes in DNA phenotyping and genetic genealogy analysis: processes that predict physical appearance and biological relationships from unidentified DNA evidence. It is unknown how old the offender was at the time of the crimes but the composite sketches are a representation of what the suspect may look like at age 25, 40 and 55 years old.

DETECTIVES are asking for anyone with information about these events to contact the Major Crimes Bureau at 703-246-7800, option 8. Tips can also be submitted anonymously through Crime Solvers by visiting http://www.fairfaxcrimesolvers.org, or text-a-tip by texting “TIP187” plus your message to CRIMES (274637). Anonymous tipsters are eligible for cash rewards of $100 to $1000 dollars if their information leads to an arrest.

“The murders of Marion Marshall and Marion Newman are two of our nearly 100 unsolved homicide cases in Fairfax County,” said Major Ed O’Carroll, Commander, Major Crimes Bureau. “We are committing countless hours and all available resources to close these cases and provide long-awaited answers to victim’s families – and bring those who committed these awful crimes to justice. I am extremely thankful for our dedicated detective bureau and victim services staff for all they do in seeking closure.”