The Other Alexandria: Working in the City’s Glass Factories
Votes

The Other Alexandria: Working in the City’s Glass Factories 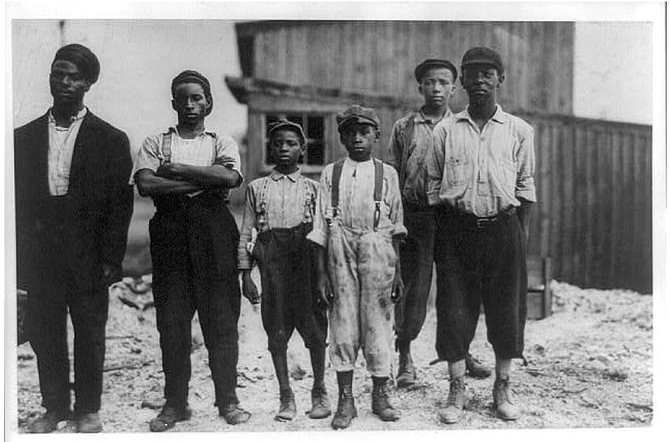 “The Negro Work Force of the Alexandria Glass Factory.” The picture was taken in 1911. National Child Labor Committee collection, Library of Congress, Prints and Photographs Division

The glass factories had many problems. Those factories experienced a number of fires at the plants, equipment failures, fines against the factories for disobeying the child labor laws and the prohibition of alcoholic drinks that impacted their customers. A good amount of the glass factory revenue came from selling glass bottles to beer companies. Due to the prohibition laws on alcohol, many of the beer breweries closed. On top of those problems, the Great Depression sealed the fate of the glass factories. Many of the African Americans who worked for those factories found employment at the Navy Yard, Potomac Yard, Railroad, Wood Yard, Shipping Yard and the Torpedo Factory.

When World War II began, a great number of people were needed to help in the war efforts. The African Americans who worked at the glass factories had useful skills needed during the war.

Char McCargo Bah is a freelance writer, independent historian, genealogist and a Living Legend of Alexandria. See her blog at http://www.theotheralexandria.com for more about “The Other Alexandria.”