Stepping Up As the Government Shut Down
Votes

Stepping Up As the Government Shut Down 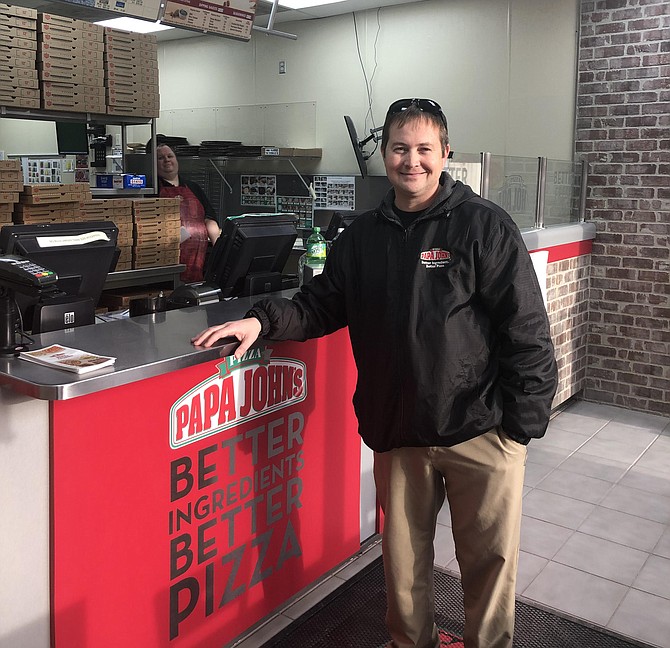 As federal employees return to work this week, the fear of another shutdown still looms. In Fairfax, however, that won’t stop small businesses from stepping in to help, should furloughed workers impacted by the shutdown need aid again.

Last week, a community of small businesses, schools, and doctors’ offices offered free and discounted services and products. Justin Hamacher of Gainesville, Va., who owns Papa John’s in Fairfax City and other locations, was one of them.

Born in Florida, Hamacher moved to Burke and Fairfax, where he grew up. During the 35- day partial shutdown, he offered free pizza to federal workers.

“It [was] the right thing to do. Everyone goes through tough times,” he said. “A lot of times, especially in a family when you’re trying to save money or live on a tight budget, sometimes it’s the little extra things that are usually the first thing to go. Sometimes, those are the things that bring the biggest smiles when you need them.”

COMMUNITY MEMBERS reached out to him, asking how they could pay it forward by donating gifts cards at his pizzeria. He said the response was overwhelming.

“When you think about experiences [like getting pizza on a Friday night] being taken away from a lot of folks through no fault of their own, if I’m able to come alongside and help, even if it’s just once, bring a little joy into their household, at least just for one night, that’s what we are here to do,” he said.

Hamacher relied on the honor system to prove they were government workers and contractors.

“I’m wired to trust and look for the best in people,” he said.

“My mentor taught me, I’m supposed to love my neighbor as myself,” he said. “The way I try to run my life and our business, to truly show that we love and care for those around us. That’s the driving factor and the reason behind it.”

Fairfax resident Joanne Walton, whose husband is a government contractor and was affected by the government shutdown said they welcomed Hamacher’s generosity. “We were so grateful for the free pizza,” said Walton, who had already started putting off vacation plans and paying to repair their refrigerator.

Morgan Holden, an active duty Coast Guard along with her husband, said they hadn’t taken Hamacher’s offer yet but were “very grateful for his support.”

“My family truly feels supported and grateful that we are part of a caring community despite being new to the area,” she said. She and her family moved to Fairfax from California this August.

Dawn Gunning of Fairfax, who is a federal worker with her husband said, “It means a lot. It is not just a free pizza,” she said. “The support of local business owners who are also our neighbors is very helpful. It is nice to know that folks are thinking of us and willing to help out.”

“Just hearing stories from friends and customers that they are frustrated,” he said is what prompted him to reach out to the community. “So, we wanted to do something to ease their plight with a little escapism.”

“Many of our clients and friends are federal employees. We see the ripple effect the shutdown has had on our greater community, the effects a long shutdown has on our economy, and the frustration of those who would rather be working, and we figured there was something we could do about it,” said Geller. “We, just like many law firms, have administrative projects that always seem to get pushed to the back burner due to timely client matters. There is a talented workforce out there that would rather be working, and they [were] getting frustrated sitting at home. Our thought was that we could take this opportunity to hire furlough employees on a temporary basis to tackle various projects in our office. We can help our community by providing a means for additional income to these federal employees while they are not getting paid by their regular jobs, and don't know if they will get repaid for this time,” she said.