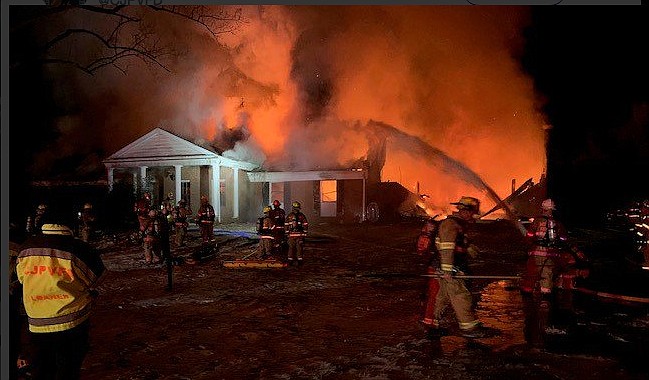 An unoccupied house on Chapel Road in Potomac burned Thursday night into Friday, calling more than 60 firefighters into the frigid night.

The fire was so extensive that River Road was closed between Norton Road and Falls Road because of fire department activity.

Fire hoses stretched across River Road, causing the closure, according to another Piringer Tweet.