Owning a Pet is Healthier, Better for the Owner
Votes

Owning a Pet is Healthier, Better for the Owner 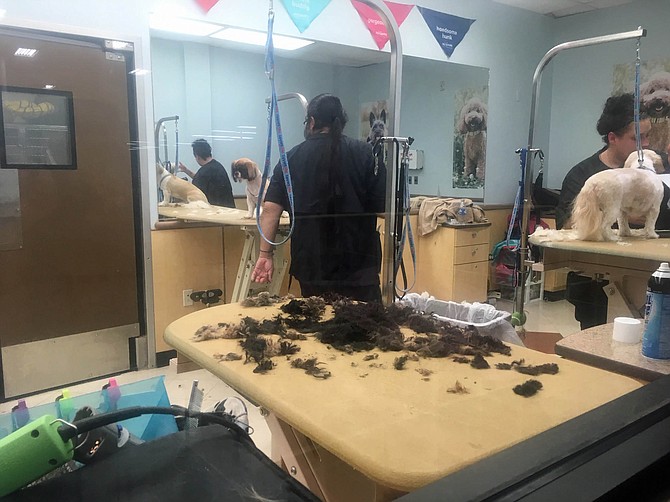 Pets are now part of the family so grooming is part of it. Photo by Mike Salmon.

Let’s face it, after a stressful day at the office or a nerve-wracking commute home, there’s nothing like the unconditional love from a pet, which come in all shapes and sizes. The advantage of owning a pet can be helpful in other ways too, according to the Animal Health Foundation, who have listed eight other advantages based on a recent study, which includes blood pressure, strokes and depression.

Folks with pets don’t need statistics though like Nonnie Walter of Fairfax Station who owns a sheep dog mix named Libby. “She is the kindest dog 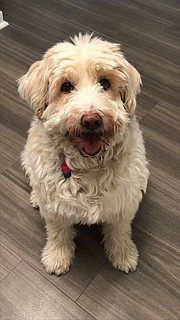 ever, she wants to be loved,” said Walter, who got Libby from Homeward Trails Pet Rescue. Libby, which is short for Liberty, “just brightens your day,” she said. Libby loves walks and time at the dog park, and “she likes to chase squirrels,” she added. 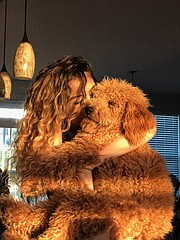 Polo the Miniature Golden Doodle is no different. “He has a big personality, he’s so human-like,” said owner Mora Rahmone, who works at PetSmart in Springfield. Rahmone feeds Polo dog food, but he “loves to eat table food for some reason, he likes KFC chicken,” she said.

For Jen B, who chose not to give her full name, Topaz the iguana is a blue iguana that has his own personality as well. “He loves to eat, to sit on my shoulder and loves neck rubs,” Jen said. He “clicks,” when he’s getting his neck rub, which is similar to a cat purring. Topaz is a rescue iguana and Jen said it was probably due to the amount of attention an iguana needs. People aren’t aware of what it takes when they adopt them as pets. “He’s a very people iguana,” she said.

Yoga enthusiast Julia Lopez describes her dogs as “furry little gurus.” She has two dogs she got as rescues. One is a pit bull-Labrador retriever mix and the other is just a mix, she said. “They help keep me in the present moment and remind me of life’s essentials,” she said. 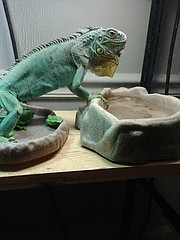