Milkweed and other butterfly and bee friendly plants cut to ground level. 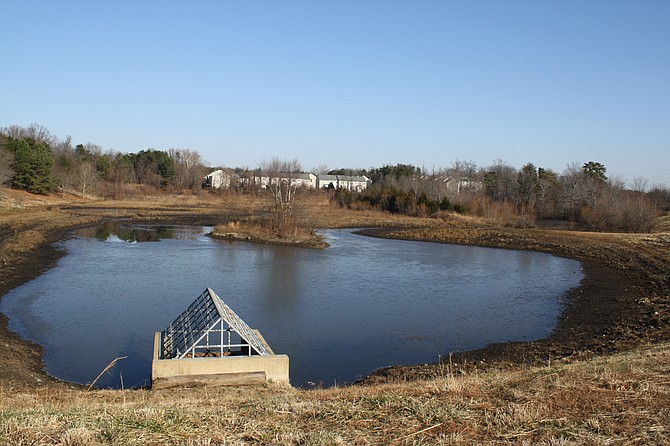 The Metro mowers cut everything down near this Springfield neighborhood. Photo by Mike Salmon.

There used to be a time when John Bryk could go for a walk on the bike trail and see all the native plants, butterflies and bees in a natural area 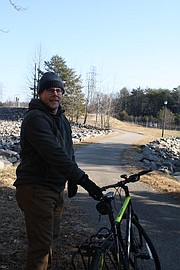 The area near the Metro tracks is used for dog walking and nature hikes.

near his house. That was until the Metro mowing crews started mowing down everything on the grounds near the trail and water retention ponds off Franconia Road, destroying natural habitats that the insects thrive on. “They’re cutting everything that’s not a tree,” Bryk said, “it’s a huge waste of tax dollars and it’s ugly.”

After the record rainfall this year, a section south of Franconia Road near the Springfield Forest community is laced with tire gouges in the mud where the mowing tractors crossed, and there’s not an above-ground plant to be seen.

He’s reached out to Metro and Supervisor Jeff McKay’s (D-Lee) office about it and although he has not spoken with the supervisor himself, McKay is aware of it.

“I sincerely hope that WMATA is only removing what’s absolutely necessary from this impacted area. It is an important stretch of land to many in our community and a home to nearby wildlife. Although this work did not require Board of Supervisors approval, I’ve expressed my concerns to WMATA directly,” said McKay.

According to Ian Jannetta, media relations manager at the Washington Metropolitan Area Transit Authority (WMATA), “the maintenance of the stormwater ponds is conducted by a licensed contractor that specializes in controlling pollution and runoff. The contractor's practices conform to management standards set by Fairfax County,” he said. The contractor is Apex Companies, LLC.

In addition to this area being a few hundred yards from Bryk’s front door, he also has interest in it because he is a beekeeper with a couple of hives in his backyard. In the last 20 years, the number of bees out pollinating has decreased and is a concern because the pollinating procedure is necessary for fruits and vegetables to grow.

“A lot of things are working against the bees,” Bryk added. This has become a nationwide concern.

Beekeepers in Virginia are making a comeback though. The Virginia Department of Agriculture and Consumer Services (VDACS) announced that

Bryk has spoken with a worker operating a mower before, but wasn’t sure if it will make any difference. Only time will tell, but he will be watching this coming spring.