Diversity in Elected Bodies in Alexandria

A look at council, School Board members’ economic interests. 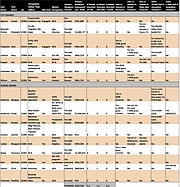 “And the broader point I was making is that it’s important to have a variety of perspectives, backgrounds, and experience.” —Vice Mayor Elizabeth Bennett-Parker

“Diversity” features large in Alexandria’s political vernacular, both as a celebrated and sought-after characteristic of the city’s population. For instance, Vice Mayor Elizabeth Bennett-Parker said at her installation that she’s proud to be among “the most diverse council ever elected,” emphasizing “race, gender and age.” But what about other characteristics, like wealth?

Income contributes to wealth, but wealth means more than paycheck size. Wealth (or net worth) is the net of assets and debts. Many assets — such as savings, investments, property, inheritance, etc., though probably not vehicles — can yield capital gains and/or income, like dividends or rents. In particular, many tout homeownership as a key means of building wealth.

To get an idea, albeit limited, of local legislators’ wealth, data were compiled from state-mandated disclosure forms filed during their candidacies or previous terms, as well as Alexandria’s public tax assessment database.

Of 16 elected officials, 13 (81 percent) own their primary residences. For comparison, about 41 percent of Alexandrians own the units they live in, according to the American Community Survey for the period 2013-2017.

Homeownership in the city similarly skews toward older and more educated households.

For the 11 home- and condo-owners in the elected lineup, the average 2018 assessed value of their primary residences was about $708,000.

In addition to their primary residences, 10 officials own or have an interest in a business or one or more other real properties. Twelve own additional reportable securities. These might include stocks, mutual funds, certain bonds, IRAs and trusts; but would exclude pension plans, securities issued by the U.S. government, certificates of deposit, money market funds, annuity contracts and insurance policies.

Eight officials declared one or more personal debts, nearly all for $50,000 or less. Reportable debts do not include debts under $5,000, owed to a government, or loans “secured by a recorded lien on property if such lien is at least equal to the value of the loan.” Particularly in relation to a home mortgage, the latter basically means that a homeowner must report a home loan only if it’s underwater — that is, if the debt exceeds what the bank would recoup if it foreclosed and sold the property, such as during a major housing downturn.

Asked for comment diversity, Bennett-Parker said: “I absolutely believe in and support all kinds of diversity in leadership …. I called out age, race, and gender for a few reasons: speech length … and also the idea that those are all things you can generally tell from looking at a person. It's important for people of all ages, including young girls and boys forming perceptions of how the world works (and what they can be when they grow up), to see people who look like them in positions of power …. And the broader point I was making is that it’s important to have a variety of perspectives, backgrounds, and experience.” The time demand of serving on council “is a potential barrier for women, including but not limited to single mothers, as well as anyone who does not work something akin to a 9-5 job.”

Similarly, Councilman John Chapman says those already working more than one job probably couldn’t afford to make the financial and time sacrifices necessary to serve on council. For this reason, it’d be hard for council to gain in its membership the perspective of those who are “desperately struggling to stay in our city.”

Alexandria’s elected officials are considered part-time positions. The mayor makes $41,500 per year and the other City Council members make $37,500 per year. That’s roughly middle-of-the-pack among five regional jurisdictions with part-time positions, according to a report last spring from a local ad hoc advisory committee on council compensation. Three counties with full-time positions — Fairfax, Montgomery, Prince George’s — pay between $95,000 and $126,000 per year, depending on office, according to the report.

Find the elected officers’ most recent financial disclosures — called Statements of Economic Interest — at www.alexandriava.gov/Elections (for all non-incumbents); www.alexandriava.gov/Council (for city council incumbents); and by contacting the School Board’s clerk (for School Board incumbents). Officers must file new Statements of Economic Interest no later than Friday, Feb. 1, and annually thereafter.