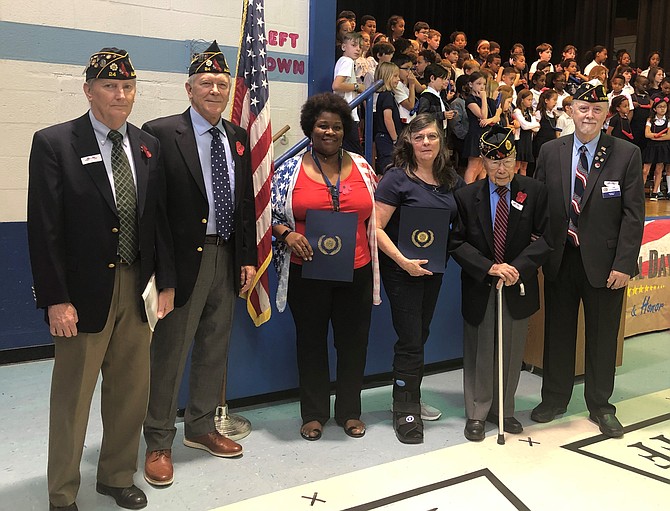 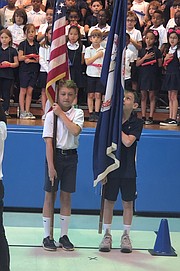 Lyles-Crouch Traditional Academy third graders Olof Hunnis and Carson Bishop hold the U.S. and state flags as students recite the Pledge of Allegiance during a May 24 Memorial Day program.

Under the direction of music teacher Dawn Seto, the program featured a selection of patriotic songs and readings of poems by the students. Commander Doug Gurka of American Legion Post 24 presented Zissios and Allen with certificates of appreciation for their efforts in promoting patriotism and recognizing the sacrifices of veterans.

“It’s important that we understand, celebrate and remember the sacrifices made by our veterans,” said Dr. Patricia Zissios during the program. “If we don’t teach our children about these sacrifices, we don’t deserve the freedoms we now enjoy.”

“The American Legion defines Americanism, in part, as loyal patriotism, religious tolerance, righteous freedom, fearless courage, honest integrity and a love for the principles that let our forefathers to found this country,” Gurka said in presenting the awards. “One of the most important goals we have is to pass these ideals on to our children.”