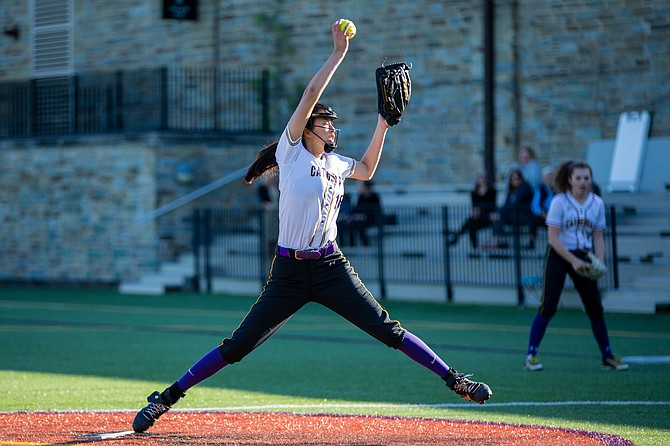 The 6-foot senior right-handed pitcher led the Eagles (10-6) to their fourth straight District of Columbia State Athletic Association championship this past season. Wang compiled a 10-4 record with a 1.79 ERA, along with a .560 batting average and 22 RBI. She struck out 168 batters in 97.2 innings pitched. The DCSAA Player of the Year, Wang was also a First Team Washington Post All-Met selection. Also a talented artist, Wang has volunteered locally on behalf of the Special Olympics and youth sports programs.

“Jamie Wang is very poised and commands the mound as a pitcher,” said Donna Stallworth, head coach at Georgetown Day School. “She’s very confident at the plate too and she’s been a driving force for her team.”

Wang has maintained a 3.76 GPA in the classroom. She will attend the University of Pennsylvania this fall. In the future, Jamie wishes to combine her interests in STEM, sports, and art. As a Benjamin Franklin Scholar at the University of Pennsylvania School of Engineering and Applied Science, Jamie plans to major in Chemical Engineering and Materials Science to develop safe sports equipment and other life-saving technologies.