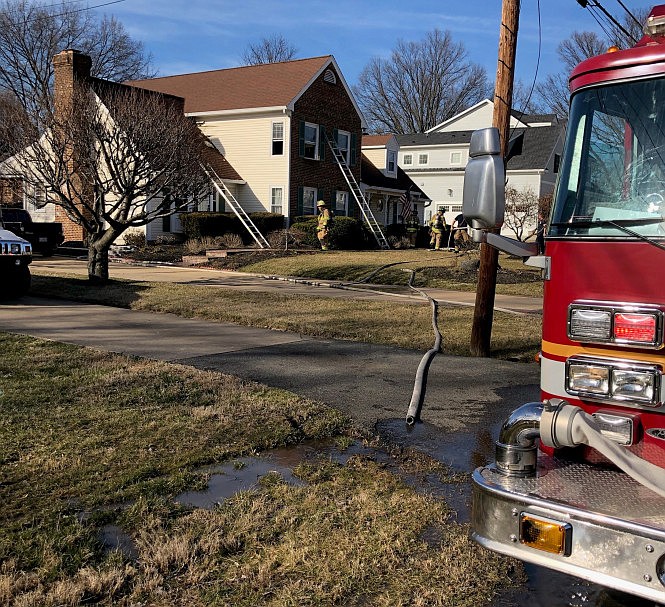 On Tuesday, Feb. 26, at 2:52 p.m., units from Fairfax County Fire and Rescue and the City of Alexandria Fire Department responded to a reported house fire in the 6400 block of Briarmoor Lane in the Franconia area of Fairfax County.

Units arrived on scene to find a two-story, single-family home with smoke showing. Crews located a fire in the kitchen and quickly extinguished it. The fire had extended through the walls into the second floor. That was also quickly extinguished. No civilian or firefighter injuries were reported.

One occupant was home at the time of the fire. Smoke alarms sounded and alerted the occupant to the fire. The occupant evacuated the home and called 9-1-1.

Fire Investigators determined that the fire was accidental in nature and started in the oven. The cause of the fire was an electrical event in the electronic control area.

Two residents were displaced because of the fire. Red Cross assistance was offered but declined. Damages as a result of the fire were approximately $20,000.