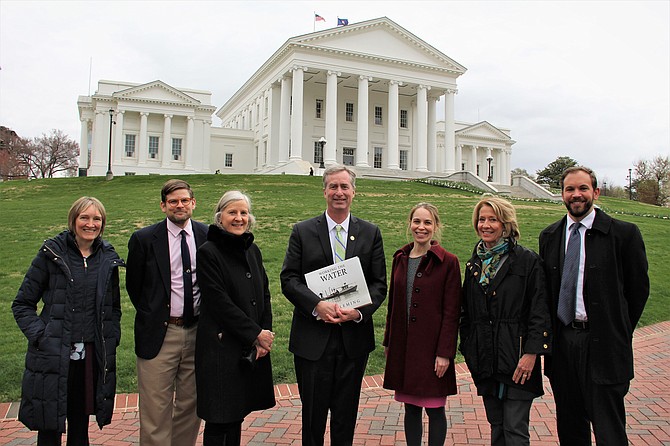 The Chesapeake Bay Foundation (CBF) recently presented Del. David Bulova (D-37) with a 2019 Legislator of the Year award for his leadership in restoring Virginia’s waterways.

“Delegate Bulova’s longstanding dedication to the environment has made him a Virginia leader in restoring our waterways. While he’s had many notable achievements over the years, in 2019 Delegate Bulova championed legislation that will directly help the Commonwealth of Virginia improve the health of our waterways and the Chesapeake Bay,” said CBF Virginia Executive Director Rebecca Tomazin.

“I couldn't be more honored. Protecting our environment has been a lifelong passion of mine and is a major reason I ran for the House of Delegates. Virginia is blessed to have the wonderful, dedicated people at CBF who work every day to restore the Chesapeake Bay – a true national treasure,” Bulova said.

CBF’s Legislator of the Year Awards are presented to lawmakers who have made outstanding efforts in the General Assembly to improve the health and resources of Virginia’s rivers, streams, and the Chesapeake Bay. CBF also presented a 2019 Legislator of the Year award to Senator Emmett Hanger (R-Augusta) for his work securing historic investments in farm conservation practices, and his support for the Stormwater Local Assistance Fund and other advances in Chesapeake Bay restoration.