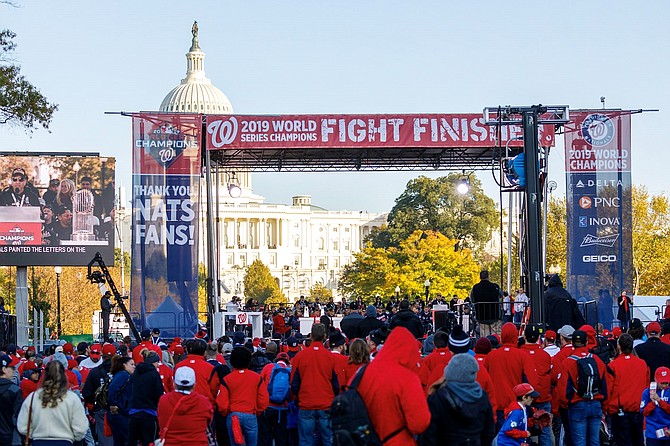 The Washington Nationals World Series parade culminated with a rally on the National Mall. Photo by Mark Mogle. 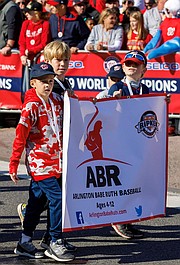 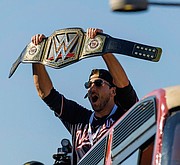 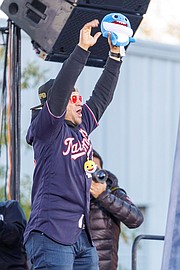 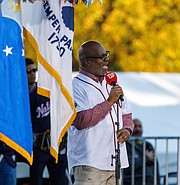 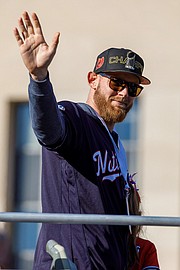 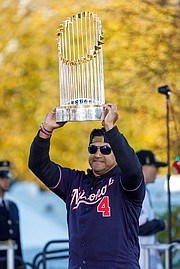 Fans from around the region turned out by the thousands as the Washington Nationals celebrated the franchise’s first World Series Championship Nov. 2 during the team victory parade through the streets of DC.

Nats second baseman Brian Dozier sported his signature shirtless look, capping off a season that saw the Alexandria resident donate $5,000 for every playoff win to support schools in Haiti and Mississippi. Following the seven-game championship series, Dozier donated a total of $60,000, making good on a pledge made prior to the postseason through the Big League Impact Foundation.

Dozier, whose wife Renee gave birth to their daughter Reese while the couple lived in Old Town during the season, is no stranger to the area. In 2006, the Tupelo, Mississippi-native got his start at the age of 19 with the Bethesda Big Train, the summer collegiate baseball team that is part of the Cal Ripken Collegiate Baseball League along with the Alexandria Aces.

Groups from around the region were well-represented during the victory celebration, including youth baseball players from Arlington and Herndon, volunteers and military families supported through T.A.P.S., and popular Springfield-based singer DC Washington, who sang the National Anthem at the rally capping the parade.

In addition to Dozier, parade highlights included Sean Doolittle and his lightsaber, Gerardo Parra and a herd of baby sharks, and the Bud Light guy on his own float, as the victory parade followed a route swelled with red, white and blue-clad fans along Constitution Avenue and the National Mall.

Some fans sported homemade posters reading “19-31” reflecting the team’s dismal record earlier in the regular season. But as Parra’s trademark "Baby Shark" and adopted team rallying cry played in the background, the “Fight Finished” theme of the parade prevailed.

The owners of Del Ray’s Pork Barrel BBQ are hoping to make an offer that Washington Nationals stars Stephen Strasburg, Anthony Rendon and Ryan Zimmerman can’t refuse. The three free agents are in negotiations to sign with a MLB organization and Pork Barrel BBQ is hoping to “sweeten the pot” by offering free food for the duration of their contracts if they re-sign with the Washington Nationals.

“We’ve always been community minded,” said owner Mike Anderson, “and we felt we needed to do something to help keep these guys here.”

Anderson is hoping that Rendon, a Texas native, will be enticed by a taste of home BBQ. For Strasburg and Zimmerman, Anderson cited studies that show that a high protein diet helps during the five-day recovery period for starting pitchers and is also great in battling inflammation of the foot.

“We hope this offer adds an incentive for the players to stay right here in our nation’s capital,” Anderson added.

As part of the HomeGrown Restaurant Group, Pork Barrel BBQ owner Bill Blackburn said that he and Anderson are willing to negotiate with player representatives.

“We have other restaurants, too, and are willing to fine tune this deal with Mr. Boras” said Blackburn referring to the players’ agent Scott Boras. “Scott, give us a call, let's work this out, we want these guys to stay right here and eat well for the rest of their careers.”