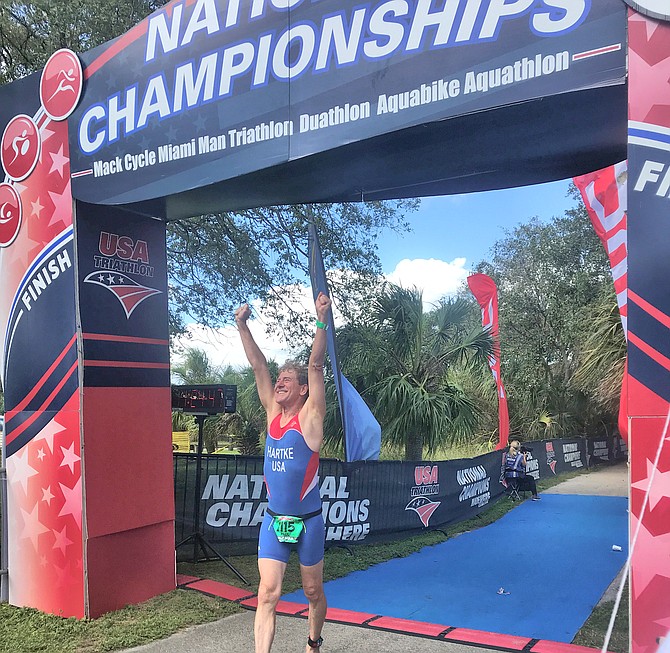 Reston resident Paul Hartke will represent Team USA in the 2020 World Triathlon Multisport Championships in the Netherlands next Fall.

On Nov. 10, 2019, Hartke competed in the Triathlon Multisport National Championships in Miami which included a 1.2 mile swim and 56-mile bike. His 6th place age group finish earned him a spot on Team USA. He will represent the U.S. in the World Aquabike Championship next year in Almere, Netherlands. The event features an ironman distance with a 2.4 mile swim and 112 mile bike. The opening ceremonies and athlete parade will precede the week of world endurance events sanctioned by the International Triathlon Union.

Hartke has competed in more than 40 Reston olympic and sprint distance triathlons and won first place in his age group in both categories earlier in the year. He also qualified for and competed in the 2019 National Olympic Triathlon Championship held in Cleveland in August.

Paul and his brother Keith Hartke are the owner/brokers of National Realty in Reston. Paul and his wife Connie run a real estate licensing school and are members of the Reston Runners. All the Hartkes are long-time residents of Reston.