The Pigment of Imagination in Alexandria
Votes

The Pigment of Imagination in Alexandria 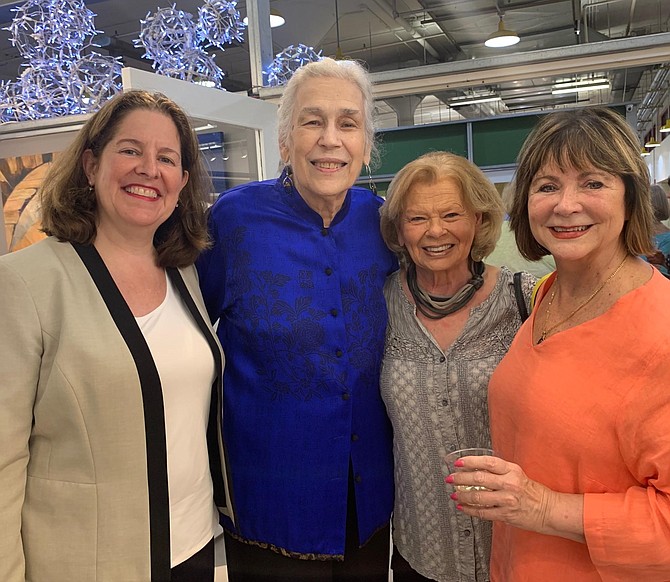 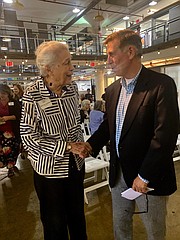 Congressman Don Beyer (D-8) congratulates Marian Van Landingham at the Sept. 15 celebration of the 45th anniversary of the founding of the Torpedo Factory Art Center. 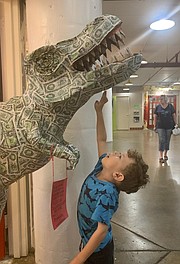 Four-year-old Dominic Detomo plays with a replica T-Rex at the 45th anniversary celebration of the Torpedo Factory Art Center on Sept. 15. 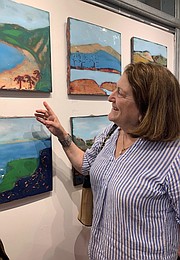 Lisa Schumaier, Tom Beale, Margaret Mayer and Mary Jane Gufly stand in front of artwork by Marian Van Landingham at a Sept. 12 reception honoring Van Landingham and her 45 years as an artist in the Torpedo Factory Art Center.

The building housing the Torpedo Factory Art Center has stood along the Alexandria waterfront for 100 years, first for the obvious – the manufacturing of torpedoes – but along the way as a storage facility for dinosaur bones from the Smithsonian and documents from the Nuremberg Trials. That all changed when Marian Van Landingham came along.

The artist and former state legislator had a different vision for the building, which was left to languish after being acquired by the city from the U.S. Navy in 1969. As then-president of The Art League, Landingham approached the city with the plan to provide affordable studio space to local artists.

“I’m glad the factory is still here and being used as an arts center,” said Van Landingham at a reception in her honor held Sept. 12 at her studio in the building. “I’m still painting four days a week and it’s exciting to see so many artists working on their crafts in a public space.”

On Sept. 15, U.S. Rep. Don Beyer (D-8) congratulated Van Landingham at a reception celebrating the 45th anniversary of the Art Center and honoring the founding artists.

What was expected to be a three-year experiment has endured for nearly a half-century and grown to include 165 visual artists, 82 studios and seven galleries, including Target Gallery, the Art Center’s contemporary exhibition space. It is managed by Alexandria’s Department of Recreation, Parks and Cultural Activities through the Office of the Arts.

To mark the combined anniversaries, the Art Center will host an Anniversary Ball on Saturday, Nov. 16, from 7 to 10 p.m. For more information, visit www.torpedofactory.org.