Reston Community Players to present ‘A Gentleman’s Guide to Love and Murder.’ 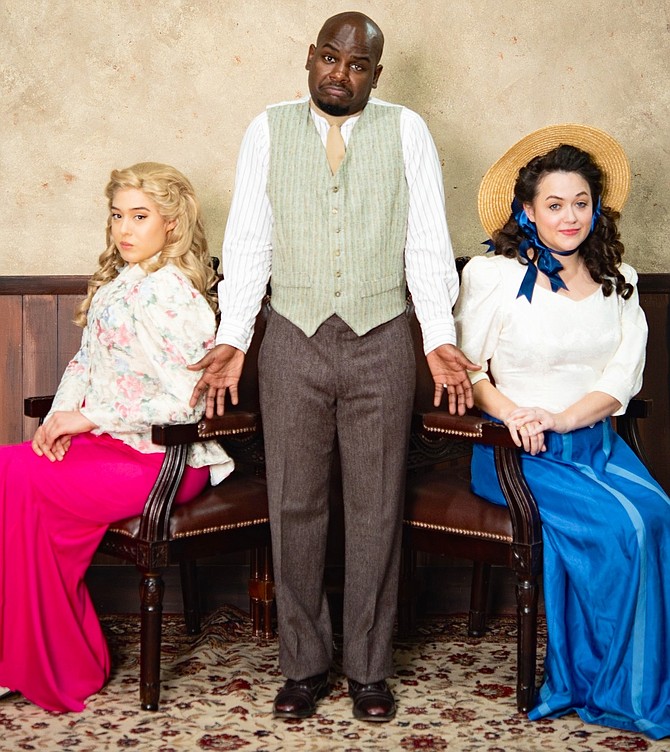 Opening its 53rd season, the Reston Community Players (RCP) are presenting, “A Gentleman’s Guide to Love and Murder.” The 2014 Tony-Award winner combines murder with comedy and music.

“A Gentleman's Guide to Love and Murder” retains a classic aesthetic but with humor that is modern and relevant,” said Rich Farella, director. “The show spoofs every stereotypical character of Victorian British high society. In doing so, it spoofs our current society…a show brimming with silliness and wit.”

Set in London in 1907, “Gentleman’s Guide” focuses on the low-born Monty Navarro, who suddenly learns that he’s ninth in line for an earldom in the lofty D’Ysquith family and sets out to speed up the line of succession by using a great deal of charm…and a dash of murder. Then again murder isn’t the only thing on Monty’s mind. What about love too?

“The primary conceit of ‘Gentleman’s Guide’ is that all 8 of the D’Ysquiths are played by one actor. I am super excited to have one actor play all these roles as it not only showcases the talent of an actor but heightens the comedy.”

For Paige, “Monty Navarro is hero, villain, lover, prankster all at the same time. I am honored to be able to develop this character amongst so many talented colleagues.”

Graham, who plays all eight members of the D'Ysquith Family, said, “This show is so funny and smart. Being the D’Ysquith Family is such a personal challenge. Taking on so many roles and developing these strange and unique characters is like being on a bullet train. Once it takes off there no stopping!”

Get ready for the Reston Community Player’s "A Gentleman's Guide to Love and Murder.”

“I want the audience to come away from this show with a smile on their face, impressed with not only the comedy but also the vocal talents of our cast,” said Farella.