Feed the Fire/EMS in Alexandria
Votes

Feed the Fire/EMS in Alexandria 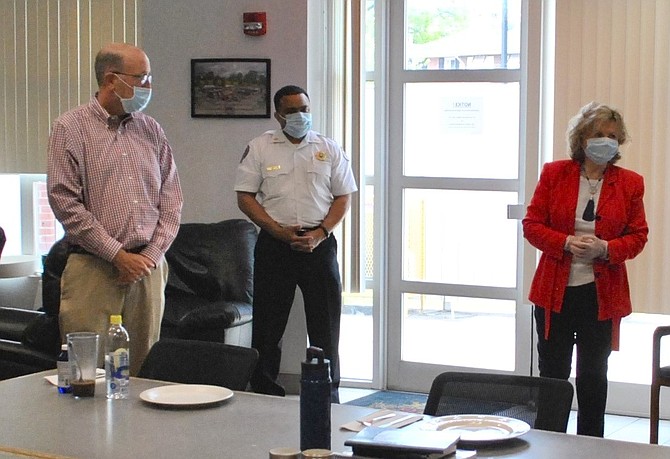 In a show of appreciation for fire and EMS first responders during the COVID-19 outbreak, the Friendship Veterans Fire Engine Association kicked off its Feed the Fire/EMS Donation program April 21 by delivering meals to each of the city’s nine fire stations.

The program plans to deliver a meal from a local restaurant to all city fire stations once a week for the next three weeks with hopes of continuing as needed depending on future support. The first two weeks of meals are being sponsored by board member Marion Moon with the third week being funded by board member and former city councilman Frank Fannon.

"In times of emergencies, the response from local government and public safety agencies is only as strong as its connections with its community partners,” said Fire Chief Corey Smedley. “We're grateful to the Friendship Veterans Fire Engine Association for their support and their willingness to organize meal donations for our first responders as they continue to provide the best service to our community during these unusual times."

Fire and EMS personnel received their first meal from Foster's Grille, located at 2004 Eisenhower Ave., and owned by Bruce and Lauren Catts. As local restaurants continue to show interest, the Friendship Veterans Fire Engine Association is hoping to increase the number of meals they can provide with the help of the community through their donations.

“This is a program that says thanks to our firefighters and EMS personnel and also helps our local small business restaurant owners to keep their doors open,” Moon said. “And donations made through Friendship Firehouse to support this program are tax deductible.”

Smedley was on hand as the initial meals were delivered to AFD headquarters. He reminded the public that the best way to show that you care for first responders is to follow the guidance provided by the Centers for Disease Control and Prevention by washing your hands frequently, staying at home as much as possible, and wearing a mask if you have to make essential trips.

Tax deductible donations to the Feed Fire/EMS Donation Program can be made at www.Friendshipfireco.org.