Council passes use of force policy that prohibits a police officer from using deadly force unless as a last resort. 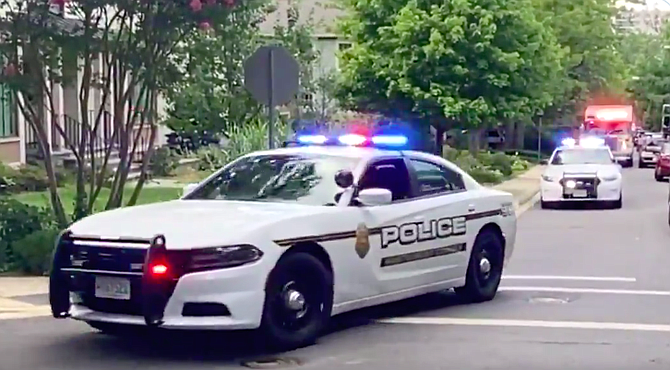 Montgomery County Police officers joined in a birthday parade for Mr. Willkens on his 90th birthday. Wilkens is a Montgomery County resident and recently sewed approximately 300 masks for Suburban Hospital. Via Twitter

Craig Rice beamed and Will Jawando teared as a unanimous roll call of Montgomery County’s Council effected change and policy hundreds of years in the making.

“When there’s state sanctioned violence and discrimination people feel it and that’s why we’re awakened right now. I really believe in our society and in the history or the world, it’s going to be pre-George-Floyd and post-George-Floyd,” said Councilmember Jawando (At-large). “We've seen an awakening.”

“I’ve never seen this amount of email come in on an issue and it’s such a multifaceted issue, as we’ve talked about, connected to hundreds of years of institutional racism,” he said.

Councilmember Rice (District 2) remembered texting with Jawando in late May, after George Floyd was murdered by a Minneapolis police officer as three other officers stood by on May 25, 2020, over allegations of a $20 counterfeit bill.

“We said, ‘We have to do something.’ And then we had a conversation with Councilmember Navarro and Councilmember Albornoz and said, ‘The folks of color on this council need to do something,’” said Rice. “We do a lot of stuff, right, we do a lot of stuff. But it isn’t often we do stuff that makes such a difference. It’s going to change the lives of people in our community. We should be proud.”

THE COUNCIL UNANIMOUSLY passed Expedited Bill 27-20, Police-Regulations-Use of Force Policy on Wednesday, July 29. The new policy requires the Montgomery County police chief to adopt a Use of Force Policy aimed at safeguarding all community members from excessive use of force by police.

”There are times when you find yourself in a specific place for a reason and a particular time for a reason. … We’re all here in this moment trying to meet this moment as best we can,” she said.

Gabriel Albornoz (At Large) wanted to take a moment to reflect on what the Council had done.

“As the rest of the country debates and discusses how to reimagine public safety, we’re taking action here in Montgomery County,” said Albornoz.

Jawando addressed the council immediately before the roll call for the vote.

“One of the reasons I was so passionate about this change is because it is directly responsive to what we saw, the level of force that was used, the inhumanity against George Floyd, and some of the cases that we have seen here,” said Jawando. “Is it a panacea? No, but it is a direct response to some of the most urgent life-threatening situations.”

EXPEDITED BILL 27-20 establishes a Use of Force Policy that prohibits a police officer from using deadly force except when absolutely necessary, as a last resort, when no other alternatives are available.

The bill requires police officers to stop or attempt to stop the use of excessive force or the commission of a crime by another officer. Police officers who intervene to de-escalate the excessive use of force must not be retaliated against or disciplined for taking action.

The bill makes the use of deadly force the choice of last resort to protect one's life or the life of another or against serious bodily injury, and there must be no other alternative for less lethal force existing at the time of the police action.

Prohibited are neck or carotid restraint and striking a restrained individual.

The bill limits police from using deadly force against a fleeing person and limits no-knock warrants.

The bill prohibits shooting at moving vehicles, unless the vehicle is being used as a weapon and the circumstances would authorize the use of deadly force.

“As someone who’s worked on these types of issues my whole life and have gotten into public policy to try to address this, and my experience growing up here, we’ve got so much to do, it is really heartening to have colleagues that want to do it. I know there’s many places … where that’s not the case,” said Jawando.

“It will put us in a category of very few jurisdictions in the country,” said Jawando.

OPPOSITION CAME IMMEDIATELY from the Fraternal Order of Police Lodge 35, which has asked County Executive Marc Elrich to veto Expedited Bill 27-20. They called the Council’s passage of the bill “extremely flawed” in a two-page release.

“This bill is simply a solution looking for a problem. Montgomery County currently has one of the most progressive and strongest use of force policies in the State of Maryland. Our policy has been vetted by law enforcement professionals both locally and nationally. The Fraternal Order of Police Lodge 35 believes Expedited Bill 27-20 will cause confusion and impair the ability of our law enforcement officers to keep Montgomery County safe.”

Jawando responded on twitter: “It’s very unfortunate that at this critical moment in history, the Fraternal Order of Police doesn’t recognize the importance of de-escalation and limiting the use of deadly force as last resort to protect the lives of residents and to rebuild public trust.” 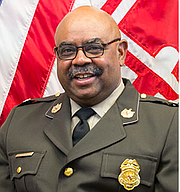 NO KNOCK WARRANTS were the most debated detail of the Council’s discussion. The topic was addressed during the Council’s July 22nd session and on July 29.

Warrants are always under the scrutiny of judicial review, said Jones. “The element of surprise,” is sometimes critical for police, “so we don’t give the suspect the ability to get to weapons,” he said.

In the last 20 years, only three no-knock warrants executed in the county have led to shootings. One resulted in a fatality of a Montgomery County resident.

That was Potomac resident Duncan Lemp, 21, who died on March 12, 2020, when Montgomery County’s SWAT team killed him around 4:30 a.m. during the execution of a no-knock warrant.

Lemp’s family said their son died as he lay sleeping next to his pregnant girlfriend.