Paired with Pizzola’s sensual “The Four Seasons of Buenos Aires.” 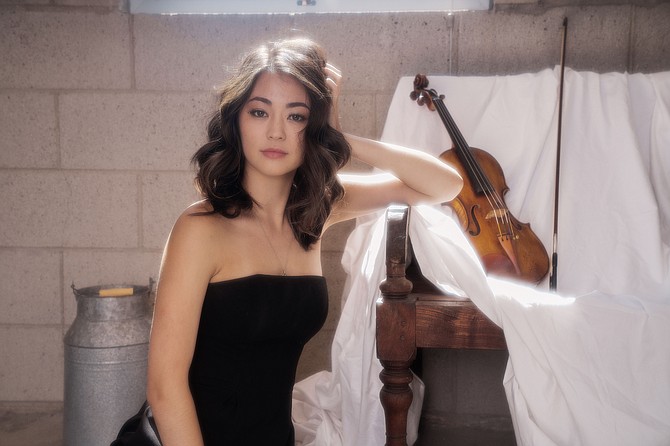 Northern Virginia audiences have a distinctive concert in store with the Fairfax Symphony Orchestra (FSO). It is an evening pairing Vivaldi’s classic masterpiece “The Four Seasons” with Astor Piazzola’s lush “The Four Seasons of Buenos Aires.”

“The two pieces are connected in title—‘The Four Seasons’—one being directly inspired by the other, yet in a completely different musical style,” noted Zimmerman. “Vivaldi’s music steeped in the baroque style of 17th century Italy; Piazzolla’s music steeped in the sensuous, steamy, heavily rhythmic music of the Tango.”

Vivaldi’s “The Four Seasons” is composed of four violin concertos depicting the seasons of the year; spring, summer, autumn and winter. “Whether it is the summer storm portrayed by the super-fast cascading runs of violins, or the lone "woof" of a dog on the viola in the countryside in spring, or the antics of a drunkard conjured up by the unpredictable rhythms and melodic leaps of the solo violin in autumn, the connection between music and the scene it evokes has always captivated the listener,” noted Zimmerman.

“The listeners will get a real kick out of Piazzolla’s ‘Four Seasons of Buenos Aires.’ Not only are the rhythms and tunes totally awesome, you'll want to also listen closely for quotes from his inspiration Vivaldi,” added Zimmerman.

In an interview, Simone Porter, who is 23, indicated “The Four Seasons” and “The Four Seasons of Buenos Aires” provide an opportunity to showcase what is possible with a violin. The violin can conjure in the mind the seasons of the year and “a delightful night in a tango dance hall.” The violin can be utilized to sound “emotionally stimulating, sensual, exciting and even flashy.”

Jim McKeever noted that the FSO is working with Fairfax County Public Schools (FCPS). “For this concert, we're partnering with FCPS’s Woodburn School for the Fine and Communicative Arts and Westlawn Elementary Schools as part of our ongoing partnership for their ‘Multidisciplinary Arts Integration program. It’s a wonderful partnership.”

The FSO/FCPS partnership includes not only the students learning about Vivaldi’s “The Four Seasons” but providing free tickets for the students and their families to attend the Center for the Arts concert.