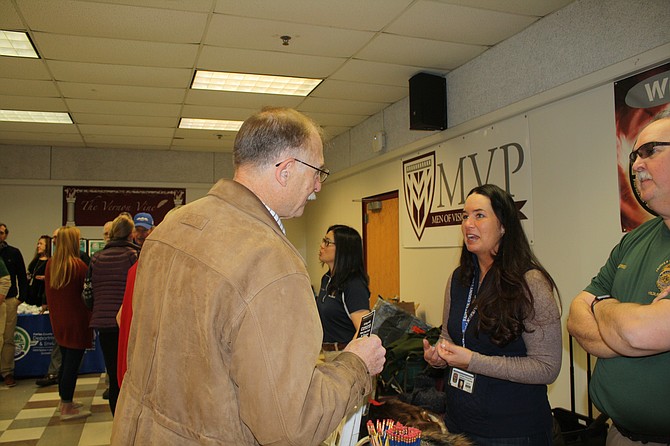 In the Mount Vernon District, there are a number of developments on the planning board that will improve the district and make life a little better 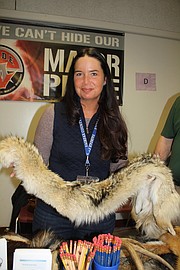 for the residents. Those projects and a whole lot more were featured at the Mount Vernon Town Meeting on February 1 at Mount Vernon High School.

“The Mount Vernon district is renowned for its scenic beauty, civic activism, hospitality, history and diversity; and we are balancing these assets with 21st century opportunities,” said Supervisor Dan Storck (D-Mount Vernon).

This was Mount Vernon’s 33rd annual town meeting and a good opportunity for the residents of Mount Vernon to find out what’s going on. Greeting the visitors in the lobby were six poster boards of things that were in the works, with descriptions, schedules and price tags for all to see. There is a new $11.9 million Woodlawn Fire and Rescue Station in the works, and it is scheduled to open in 2024, read the one of the posters. Other district projects include the future South County Police Station and animal shelter; the Lorton Volunteer Fire Department Station; the Lorton Community Library redevelopment; and the old Mount Vernon High School redevelopment. In addition, the United States Army’s National Museum is opening at Fort Belvoir on June 4, possibly attracting an estimated 700,000 visitors a year, the Army said.

At the animal table, coyotes were a topic of discussion, and animal control expert Katherine Edwards knows about coyotes, who have been sighted in the Northern Virginia area over the last 10 years. People often confuse coyotes with foxes since they look similar. “We’re getting more and more sightings, this time of the year is mating season,” she said.

Supervisor Dan Storck was looking for topics that impacted the Mount Vernon residents.

The Lorton Library is getting ready to close in mid-April for renovations and will be closed for 21 months, said Lyn McKinney the librarian. It is being remodeled and expanded by 6,000 square feet.

In addition to the county facilities at the event, there were a few political tables as well. The Fairfax Democrats set up right by the door, and promoted their candidate in several races, and Republican candidate Mark Ellmore was set up a few tables down. He is a candidate this spring against Representative Don Beyer (D-8th) in the 8th District with several “red” points on his platform like securing the nation’s borders, low taxes and second amendment rights. “There’s no voice for moderation,” Ellmore said.

Holly Dougherty represented the Mount Vernon-Lee Chamber of Commerce and was concentrating on activities in Richmond that could impact the chamber. “A lot of anti-business legislation in the General Assembly,” she said.

In the auditorium, Storck was joined by suffragist re-enactors and special guest speaker Congressman Gerry Connolly, who opened this portion of the event with formal remarks. Connolly was followed by other local leaders, including new Board Chairman Jeffrey C. McKay and new EDA President and CEO Victor Hoskins, who spoke about the State of Mount Vernon, economic revitalization of the Richmond Highway Corridor, updates on District schools and community engagement at Fort Belvoir.

Storck declared 2020 the Year of the Woman and recognized Virginia’s appointment of the first female leader of the House of Delegates and the passage of the ERA, as well as the recent opening of the Lucy Burns Museum and the opening of the Turning Point Suffragist Memorial in August.

“It is an honor and a privilege to be your Mount Vernon District Supervisor,” Storck said. “Together we have accomplished much, and I know we will accomplish far more in the future.”