Change May be in Store for Belle View Shopping Center
Votes

Change May be in Store for Belle View Shopping Center

Plans being discussed for mixed use and a modern look. 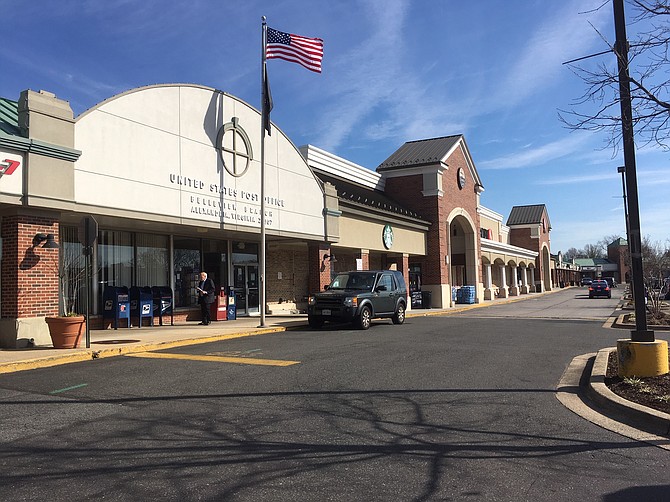 The current shopping center is a hit with locals, but may appear dated. Photo by Mike Salmon.

The waves of change have reached the Belle View Shopping Center and plans are being drawn for a complete makeover, incorporating nearly

The current shopping center is a hit with locals, but may appear dated.

1,000 apartments and retail in the plan, and doing away with the strip mall concept that’s been there for several generations.

Residents in the surrounding communities of Fort Hunt and Mount Vernon have different outlooks on the proposal. Richard Campbell, a Fort Hunt resident, has roots in the area since his father bought in the area in 1959. He likes the “rural vibe,” but realized the next generation may not want that. With the influx of workers from Amazon in Arlington, and the density predictions he has seen of the project, the area will look “more like a Mosaic District, or Ballston,” he said.

Kevin Green, manager of The Virginia Florist in the shopping center, thought the project might revive things. “It would inject energy into the neighborhood,” he said, knowing that construction is not starting anytime soon. “It’s a long process,” he said, and noted that he “hasn’t heard from (Supervisor) Dan Storck (D-Mount Vernon) or Scott Surrovell, (D-36),” he said. Green has had customers coming in the flower shop talking about the proposed project. Storck did send an email out to nearby residents about the plans, encouraging participation. “Citizen input and transparency are key to the process,” it read.

Belle View resident Renee Lorraine worries about the impact a larger shopping center would bring. “As a resident, the traffic would be a nightmare,” she said. The plans don’t include any transportation improvements.

Mark Tooley, a shopper who frequents the center, admitted “this shopping center is kind of dated,” he said.

On the Drawing Boards

In the plans that were presented, the strip mall concept would be gone, and instead there would be blocks of stores and restaurants, similar to the Fairfax Corner shopping center near the Fairfax County Government Center off I-66.

Plans call for a “neighborhood green,” in the middle, possibly a fountain area, and a retail square, with what appears to be a stage area. At Fairfax Corner, the fountain is a popular place for younger children to cool off in the summer months, so that may be the plan for this too.

In a letter dated Feb. 7, 2020, from shopping center management, the residents of the shopping center were notified of the plans, which included underground parking. The proximity to the river could impact this underground parking aspect of the project, but that remains to be seen. In the letter, which was signed by James L. Claggett Jr., general manager, mentions a task force being put together by Storck’s office to hold public meetings that will focus on the county’s Site Specific Plan Amendment Process.

Those meetings will take place in March, April and May, the letter states.

Other Mount Vernon properties accepted as a part of the 2019-2020 South County Site-Specific Plan Amendment process are the Beacon Hill Apartments; the Beacon-Groveton Community Business Center; additions to Hilltop Village on Telegraph Road; Springfield Community Business Center; and a mixed-use development on Huntington Avenue. The Embark Richmond Highway project was mentioned in the text.