By George! Sunny Skies for 2020 Birthday Parade in Alexandria
Votes

By George! Sunny Skies for 2020 Birthday Parade in Alexandria 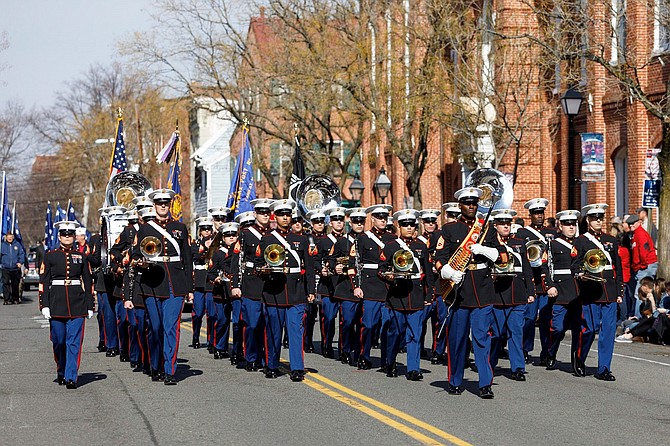 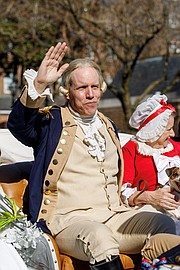 Brian Hilton and Kari LaBell as George and Martha Washington wave to spectators during the Feb. 17 George Washington Birthday Parade. 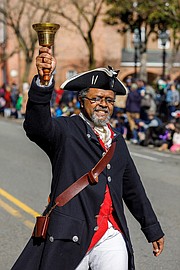 Sunny skies and warm temperatures greeted thousands of visitors to Old Town as Alexandria celebrated the 288th anniversary of the birth of George Washington on Feb. 17 with the annual parade honoring America’s founding father.

Billed as the nation’s largest George Washington Birthday Parade, the Presidents Day weekend of events kicked off with a Birthnight Ball Feb. 15 at Gadsby’s Tavern. Parade day events included a breakfast hosted by the Friendship Veterans Fire Engine Association, a scavenger hunt and the laying of wreaths at the Tomb of the Unknown Revolutionary Soldier at the Old Presbyterian Meeting House.

Grand marshal for this year’s parade was retired Rear Adm. Robert Shumaker, a naval aviator who spent eight years as a prisoner of war in North Vietnam. Shumaker, the second POW captured in Vietnam, coined the nickname “Hanoi Hilton” and was involved in the creation of a tapping code which allowed POWs to communicate through their cells.

The theme of this year’s parade was “selfless service to country” and was dedicated to Kathleen Kelly, a 30-year volunteer for Historic Alexandria who died in 2019.