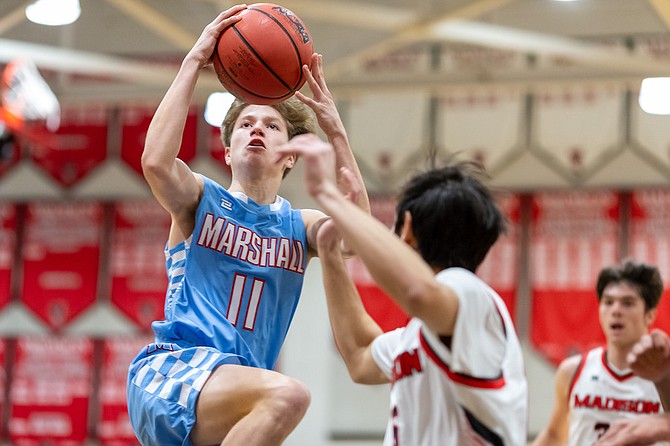 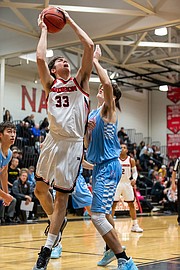 The Madison Warhawks and the Marshall Statesmen played a non-conference game in Vienna on 12-18.

The Warhawks would score 11 points in the 1st quarter and establish an early 11-7 lead. In the 2nd quarter Madison would add to that lead outscoring Marshall 14-11 to take a 25-18 halftime advantage. The 3rd quarter saw Madison add 18 more while Marshall added 13. The 4th quarter Marshall would outscore Madison 21-18.

George McLean, former Boys Varsity Coach, was remembered in a moment of silence before Madison’s game with Marshall.

Before the start of the game, a moment of silence for former Madison Coach George McLean, who died recently. McLean coached the Warhawks from 1973-1998 and holds the school record for wins at 206. During his tenure, he was named Coach of the Year five times, while winning four district championships and appearing in six regional tournaments. He was inducted into the James Madison High School Hall of Fame in 2003. McLean played for Dean Smith at the University of North Carolina in Smith’s inaugural season.