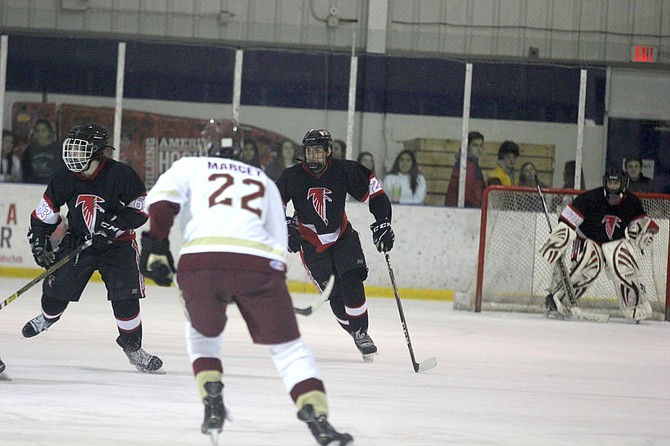 The Madison Varsity Ice Hockey Club defeated Oakton to earn town bragging rights with a 5-3 win over the Cougars. Madison would open the scoring with a goal by forward JT Gary, his first of two for the evening. The Cougars would tie it up early in the second period 2-2 but with additional scoring and a strong penalty kill on the Cougar two-man advantage, the Warhawk defense would hold on to the win. Additional goals came from Taku Ceasari, George Bilidas and Matt Hetherington. Assisting on the goals were Ben Cowell (2), George Bilidas (2), Michael Crespy, JT Gary and TJ Ezzard. Madison would outshoot the Cougars 31 to 8.