‘There Are Cracks in the Concrete’ of Route 29 Bridge
Votes

‘There Are Cracks in the Concrete’ of Route 29 Bridge

Bridge northbound over Cub Run to be rehabilitated. 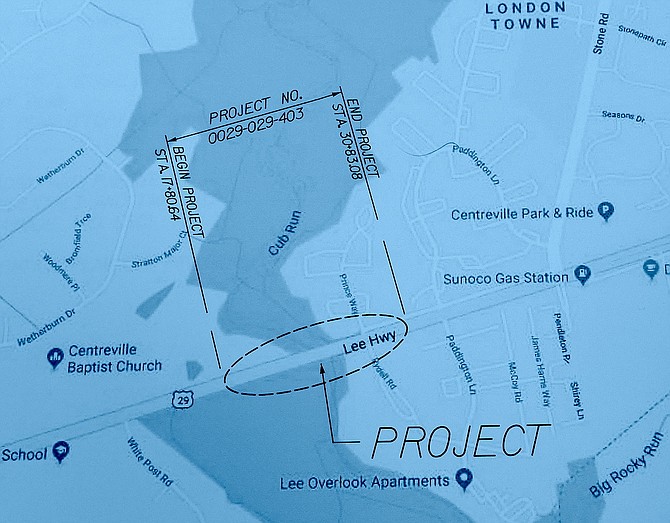 Location of the bridge-rehabilitation project in Centreville. 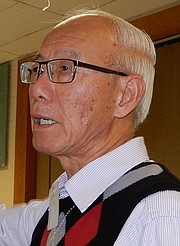 Plans are afoot to rehabilitate the northbound Route 29 (Lee Highway) bridge over Cub Run to improve safety and extend the overall life of the bridge. And local residents learned all about them during VDOT’s recent public-information meeting at Bull Run Elementary

The bridge was built in 1954, and Route 29 carries an average of 26,000, combined northbound and southbound vehicles a day at Cub Run. So VDOT believes this nearly 66-year-old bridge is definitely due for some upgrades and repairs.

The planned improvements will include removing and replacing the concrete deck, installing steel beams, rebuilding the concrete pedestals, replacing the bridge bearings and repairing cracks. Currently in the design phase, this project is financed with state and federal State of Good Repair funds used for maintenance of structures and bridges.

The work area will run from .15 mile east of White Post Road (in the vicinity of Gate Post Estates) to .08 mile west of Paddington Lane (near London Towne) in Centreville. The existing bridge is 40 feet wide and 68 feet long, with two, equal spans. The northbound portion has two lanes and no sidewalk with a speed limit of 50 mph.

“There are two bridges in that area, but we’re only doing the northbound one because of the deterioration in it,” explained VDOT engineer Edwin Woo, the project manager for the bridge rehabilitation. “There are cracks in the concrete on the underside of the deck and in the pedestals supporting the bridge.”

He then showed various slides illustrating the significant damage. He also said the work will be done in three stages, first doing the right side of the bridge, then the center and then the left side.

“We’ll be shortening the lane widths during construction, but two through lanes will remain open,” said Woo. “But nighttime closures will be necessary for erection of the new beams.”

It’s an in-house, VDOT project being done without the use of outside consultants. And all work will be done within the VDOT right-of-way. Estimated costs are as follows: Preliminary engineering, $230,000; construction, $3 million; for an anticipated total of $3.2 million.

Advertising for construction bids is slated to begin this spring, with construction starting this summer. Project completion is expected sometime during the summer of 2021. Woo said it’s being designed to last 75-100 years.

During the question-and-answer period of the meeting, local resident Angelique Calloway, of Centreville’s Lee Overlook community, asked, “Are there any plans for a walking trail on that bridge?”

Mike Coyle, with Sully District Supervisor Kathy Smith’s office, responded, telling her, “The Fairfax County Comprehensive Plan does call for a trail along Route 29 in that area whenever that road is widened to six lanes.”

Calloway then asked Woo, “Have you examined the south-side bridge? And is it in as bad a shape as this one?” Woo said VDOT has done so, and “No, it’s not.”

For more information, go to www.virginiadot.org/projects.