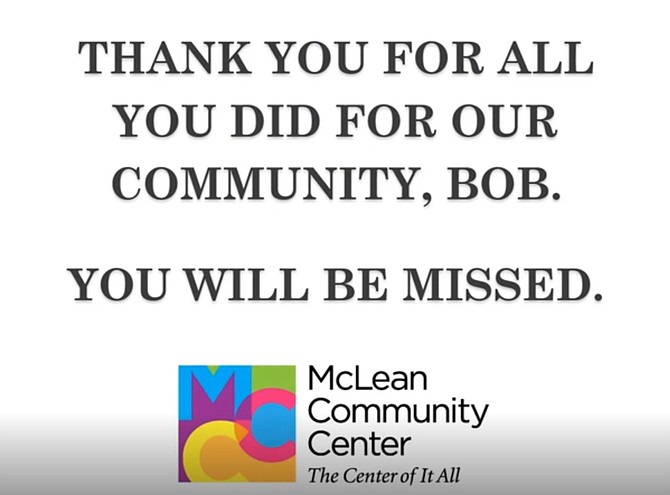 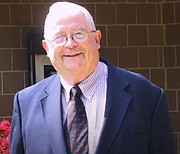 Robert (Bob) Ames Alden, a community leader who worked to establish the McLean Community Center, McLean Central Park and Dolley Madison Library, passed away on June 7, 2020, at his McLean home at the age of 87. The community center opened in 1975. While Alden opposed having the center named after him, the Robert Ames Alden Theater carries his name. He remained a steadfast supporter of the Alden, "Small Stage. Big Talent," until his death.

The retired Washington Post news and layout editor worked part-time for the Cleveland Press from 1947-1952 before joining the Post news staff in 1952. He moved to McLean a year later. Alden helped design the inside pages of the newspaper's first section covering wars, riots, natural disasters and more. As night news editor in 1963, Alden put together the extra edition on the assassination of President John F. Kennedy and, in 1974, the historic resignation of President Richard M. Nixon. While working at the Post, Alden attended George Washington University, where he received a bachelor's degree in 1965 and a master's degree in history in 1968. When he retired from the Post in 2000 after 48 years, he held the longest tenure of any editor in the newspaper's history.

Upon learning of Alden's passing, Dranesville District Supervisor John Foust (D) told his fellow county officials that Alden was a "walking institution" in the District of Columbia and a "leading advocate" in the 1960s and 1970s in allowing women to join the then all men's Press Club. Gil Klein, National Press Club, reported on June 15, 2020, that Alden said at the time: "The Club is the most important non-government news forum in Washington... Women are now an important segment of the national press. A court challenge under the 14th Amendment would be disastrous." In the final vote taken at the Club's annual meeting Jan. 15, 1971, the measure passed 227 to 56. Alden was elected president of the Club for 1976. He was the principal founder of the National Press Foundation, which supports educational programs for journalists, serving four terms as the Foundation's first president.

Alden is survived by his widow, the former Diane Claire Heidkamp, whom he married in 1958; and their four children: William, Thomas, Jennifer and Martha Alden.