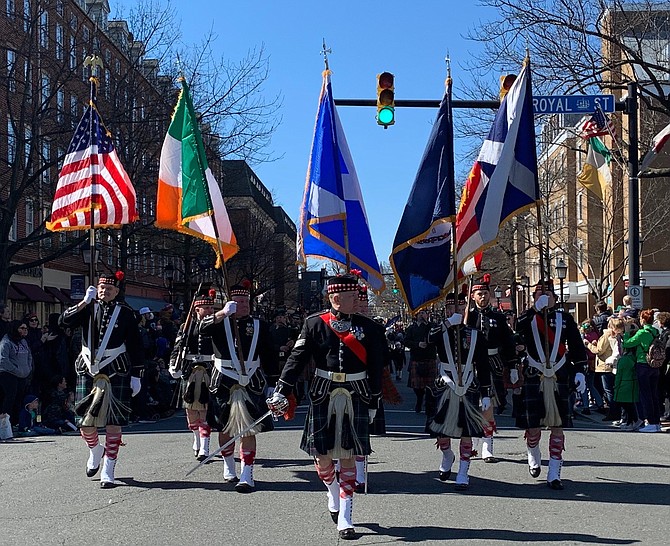 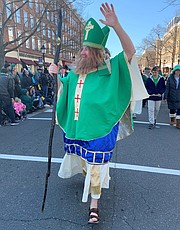 Saint Patrick waves to the crowd during the March 7 parade in Old Town.

Irish dancers perform in front of the reviewing stand during the March 7 St. Patrick’s Day Parade in Old Town. 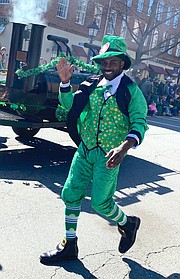 A leprechaun from Rocklands BBQ at the St. Patrick’s Day Parade in Old Town. 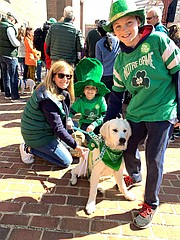 Sara Burstein with daughter Paddy and son Teddy with Houlihan at the Fun Dog Show in Market Square.

From bagpipers to Irish dancers, the streets of Old Town were filled with parade-goers and participants alike to celebrate the March 7 39th annual St. Patrick’s Day Parade.

Sponsored by the nonprofit Ballyshaners organization, the parade is an effort to promote and preserve the Irish culture and history of the city. John Brennan, the original owner of Daniel O’Connell’s Restaurant, served as Grand Marshal of the parade.

Festivities kicked off with the Fun Dog Show in Market Square as festively dressed canines competed for various awards including Best Irish Spirit and Best Human/Canine Look-Alike. The event is held as a fundraiser for the Animal Welfare League of Alexandria.

Held annually on the first Saturday in March, the Parade has grown to become the largest one-day event in Old Town. More than 2,000 participants were featured among the pipe bands, Irish dance schools, community groups and other musicians and performers.