Wildlife in Trouble? Experienced Team to the Rescue
Votes

Wildlife in Trouble? Experienced Team to the Rescue 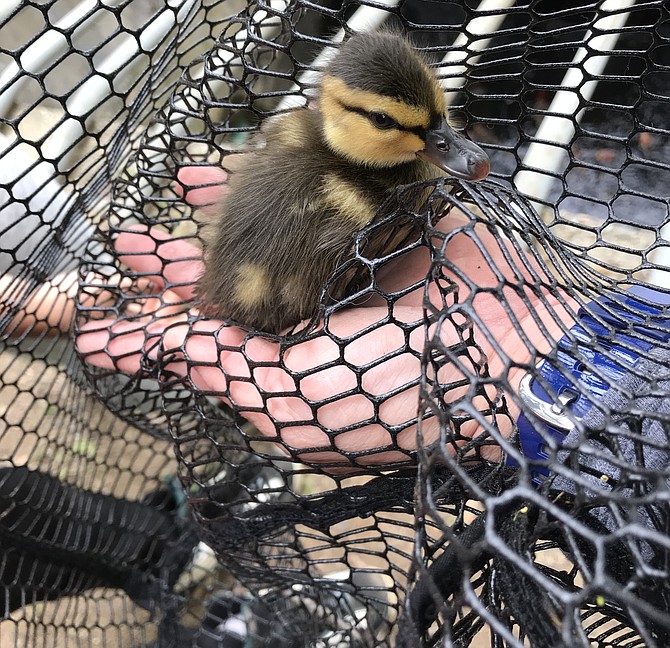 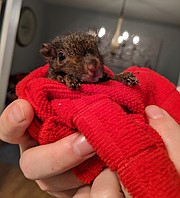 Milkdud the squirrel was rescued by the AWLA and taken to a wildlife rehabilitator for help. 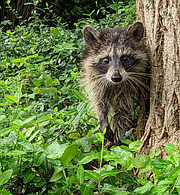 A baby raccoon, ready to return to the wild after a wild ride on top of a city dump truck.

The call from distraught Alexandria city employees was urgent. They needed the Animal Welfare League of Alexandria (AWLA) to help with a tiny, furry problem: A baby raccoon was stuck on top of a city dump truck that the workers had been driving around town. AWLA Animal Services Officers Howard Stanback and Megan Lawrence were dispatched to the scene, where Officer Stanback climbed atop the large truck and secured the raccoon with a humane catch pole. Handing the pole — and the raccoon — off to Officer Lawrence, he made his way down and then checked the young raccoon for any injuries. Confident that the animal was healthy, Stanback released it back into the wild where it could flourish.

It was all in a day’s work for the AWLA’s Animal Services team, whose mission is to promote humane and kind treatment of all of the city’s animals — including wildlife — while protecting the public.

“We rescue sick, injured or orphaned wildlife within the city limits of Alexandria, working closely with wildlife rehabilitators and veterinarians to provide the most humane treatment possible,” says AWLA Animal Services Chief Tony Rankin. “We also provide a 24-hour emergency service to residents of Alexandria to assist in the removal of wild animals from within the living areas of their homes.”

People who have concerns about a wild animal in the community should call Animal Services; however, Animal Services will only capture or relocate wild animals that appear to be ill or injured or are considered dangerous. In Virginia, it can be illegal to interfere with wildlife in its natural habitat. Doing so can lead to the transmission of disease and cause the animal injury or even death.

Alexandria is home to a diverse array of wildlife, and the most common subjects of calls received by Animal Services are squirrels, raccoons, opossums, foxes and birds. Spring, summer and early fall are particularly busy times, as new animals are born and may appear vulnerable to citizens. Other calls relate to adult animals that people encounter during the day.

Officer Lawrence points out that wildlife that are active during the day might be on a mission to find food for their young — and not in trouble. And baby animals who appear abandoned might be just waiting for their mother to return. “It’s important to remember that while we do have absolutely amazing wildlife rehabilitators in Virginia, there is nothing better for a baby animal than its own mother,” Lawrence says. “People who find orphaned wildlife should call us so we can consult with them about ways to get mom and baby reunited.”

Earlier this year, Lawrence was called out to South Van Dorn Street with a report of a squirrel chasing people who were passing by. An unusual black squirrel, she quickly attained the moniker “Milkdud,” inspired by the candy. “When I arrived, Milkdud appeared from a bush and crawled right up my leg,” Lawrence recalled. “She was underweight for her age and dehydrated.” Lawrence delivered Milkdud to a wildlife rehabilitator, who raised the animal with other squirrels until they could all be safely released together to the wild.

Lawrence suspects that someone had attempted to domesticate the young squirrel, which led to this predicament. “Trying to tame wild animals can often lead to a bad outcome," she says. “On her own, Milkdud likely would not have been able to live on her own in the wild."

This spring Lawrence and her colleagues discovered a deceased opossum, but because opossums are marsupials, Lawrence knew she might not be alone. She checked the animal’s pouch, and sure enough, there were live babies attempting to suckle from their mother. Lawrence transported the young opossums to a wildlife rehabilitator, who nursed them to health and eventually released them in an appropriate habitat. “I could talk about opossums all day, because they are so cool and so important to the environment,” Lawrence says. “Not only are they North America’s only native marsupial, but one single opossum can eat up to 3,000 ticks in the spring and summer months. They’re helping us all out!”

Chief Rankin says wildlife species are crucial to Alexandria’s ecosystem. “Animals who share our environment all have jobs just like most of us,” he says. “Foxes, for example, eat large numbers of rodents as a mainstay of their diet. Without these animals, the ecosystem would become unbalanced and result in an unhealthy environment for all of the animals, including people.”

The AWLA’s Animal Services team is trained to work with domestic pets and wildlife in distress. If you are concerned about a domestic or wild animal in the City of Alexandria, please call (703) 746-4444 or email AnimalServices@AlexandriaAnimals.org.