GFCA to launch survey on bridge 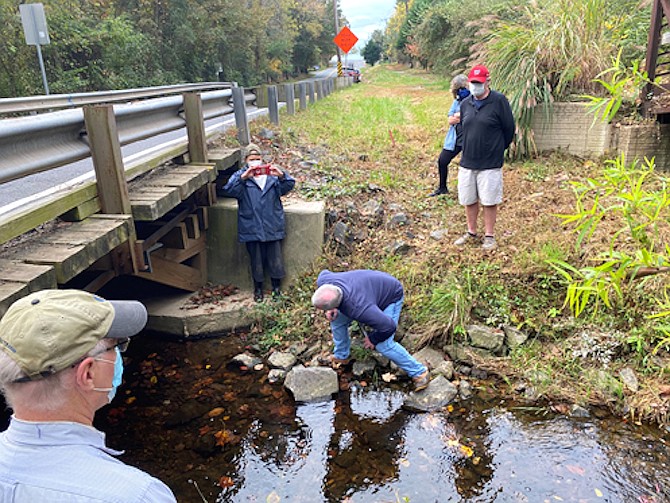 A Working Group of residents chartered by the Great Falls Citizens Association (GFCA) has been reviewing proposals by the Virginia Department of Transportation (VDOT) to replace a single-lane bridge on Springvale Road over Piney Run. The bridge, believed to have been reconstructed in 1965, is one of several single-lane bridges serving the Great Falls community. VDOT has prepared two options. Both increase bridge capacity by building a larger two lane bridge.

A SURVEY has been developed to evaluate the opinions of the communities located along Springvale Road between Rte. 7 and Georgetown Pike. It’s believed that these residents will be directly impacted by the proposed bridge replacement. The survey will explore views on potential increases in traffic volume on Springvale and consequently, other local roads. Increased speeding, and the impact of raising the bridge weight capacity that would permit larger trucks not currently allowed on the existing bridge, and diminished safety are among other topics to be addressed.

Great Falls resident John Halacy, coordinator of the GFCA Working Group, is concerned that VDOT is not taking into account that the current single-lane bridge performs a critical function as an essential traffic calming measure by restricting heavy through trucks and commuters who would use Springvale Road to circumvent traffic congestion associated with ongoing construction along the Route 7 corridor.

Halacy observed that: “The VDOT proposals do not reflect the foreseeable adverse traffic impact of expanded bridge capacity on Springvale. Plus, look at the timing of their plans—VDOT is proposing to begin construction on three single-lane bridges in our area in the next year—Springvale Road, Walker Road, and Hunter Mill Road. Walker Road has already been approved by VDOT for replacement as a two lane bridge. The Hunter Mill Bridge is scheduled for widening to two lanes in Spring of 2021. Additionally, VDOT is proposing to begin work on the I-495 HOT Lanes from the American Legion Bridge through Tysons while construction continues on the Route 7 corridor until 2024. This is a recipe for gridlock for our region, and a traffic nightmare for Great Falls roads, as commuters seek relief from jammed highways.”

Many long-time Great Falls residents feel that the single-lane bridges not only limit traffic and speeding, but also represent the disappearing rural nature of Great Falls.

GFCA sought an extension of the comment period on the Springvale Road project until May and requested VDOT Regional Engineer, Helen Cuervo, suspend the bridge project until completion of the Route 7 construction.

VDOT declined the GFCA request to postpone, but extended the comment period only to the end of November. Halacy noted “That’s not enough time to get the word out on this process. It is being rushed. VDOT spent three years working with the community on the Hunter Mill Road Bridge. Now, we are talking about a period of less than seven months that VDOT wants to push this Great Falls bridge replacement process forward. That doesn’t give the community sufficient time to determine what is going on, and explore other options VDOT has not offered. We are also dramatically constrained by the effects of the COVID-19 pandemic, doing everything online and virtually.”

GFCA recognizes that COVID-19 has made public meetings difficult. Door-to-door outreach and other means of canvassing public opinion can’t be done safely, so it is seeking more ways to collect public input prior to making any decisions about this major project.

The Working Group Survey will be distributed to nearby Homeowners Associations and affected neighborhoods first, and then expanded to capture as much of the community of Great Falls as can be reached digitally.

GFCA will be inviting representatives of the VDOT to address the community in forthcoming virtual meetings where project details can be described and the public can comment.

For further information, emails may be directed to communications@GFCA.org.