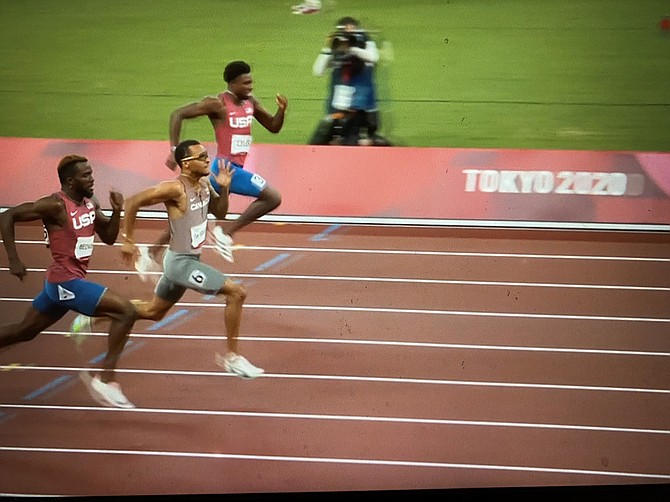 Alexandria’s Noah Lyles wraps himself in the U.S. flag following his bronze medal run of 19.74 seconds in the men’s 200-meter final Aug. 4 at the Tokyo Olympics. 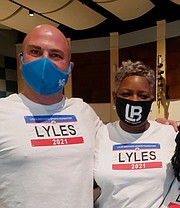 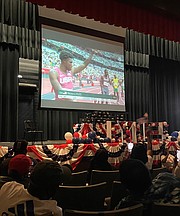 A crowd watches Noah Lyles on a big screen as he takes to the starting line of the 200m qualifying heat Aug. 2 at the Tokyo Olympics watch party at Alexandria City High School.

“I’ve dreamed of being on this track for five long years,” Lyles said after his semifinal heat Aug. 3.

Lyles was a high school standout at what was then T.C. Williams High School, where he graduated in 2016. His younger brother Josephus, also a professional sprinter, joined their mother Keisha Cain Bishop at Alexandria City High School Aug. 2 where the Lyles Brothers Sports Foundation sponsored a watch party to cheer on Lyles during his qualifying 200m heat.

Lyles still has a chance for a gold medal Aug. 6 when he is expected to run in the men’s 4x100m final.