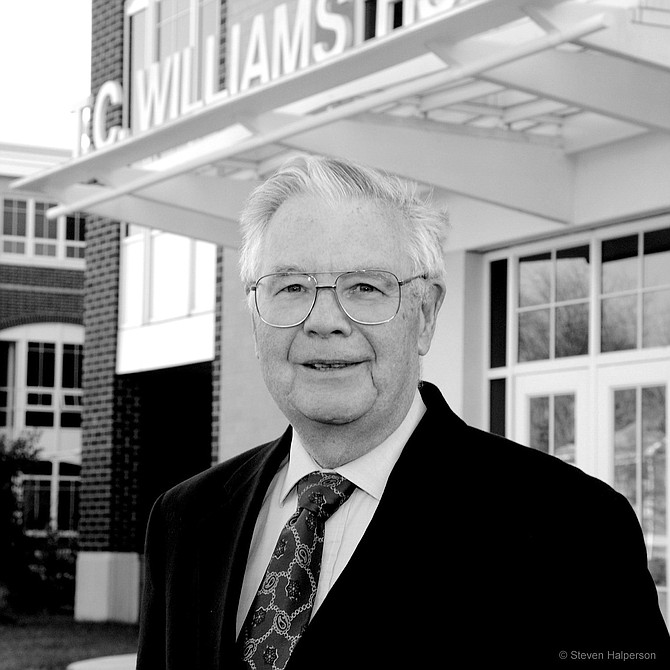 For decades, Connie Ring was a stalwart of public service. He served three terms on Alexandria City Council and as a member and chair of the Alexandria School Committee, was instrumental in the integration of Alexandria City Schools. On Aug. 19, the longtime community leader died at his home at Goodwin House Alexandria. He was 90 years old.

“Connie Ring was my mentor,” said former vice mayor Bill Cleveland. “Along with Bob Calhoun, Connie brought me into the Republican circle. He taught me about conservative issues, but more importantly, he taught me about neighborhood issues and that’s what Alexandria is all about.”

Ring began his law studies at Columbia Law School but transferred to Duke University School of Law to follow his heart and future wife, Jane Norwood Lee, who he met while working a summer job in Chautauqua, N.Y. He graduated from Duke in 1956.

Ring and his wife were married in secret in 1954 with a public wedding taking place in 1955. In 1956, the couple moved to Alexandria and together raised four children.

“Connie knew this city inside and out,” Cleveland said. “He taught me about building coalitions and knew how to touch people, especially those in the African American community.”

Ring was appointed by Governor Linwood Holton to serve on the Uniform Law Commission, chairing the committee that drafted the Uniform Computer Information Transactions Act of 2000, which was the only law governing valid contracts over the Internet. He was also a major author of the Uniform Commercial Code, Article 4A, which refers to remittances, and was adopted by all 50 states.

In 2011, Ring was named a Living Legend of Alexandria. He was also honored by Duke University, which selected him as the first recipient of the Charles S. Murphy Award for Achievement in Civic Service.

“Connie Ring was a man that felt real compassion for this city and all its people,” Cleveland said. “He poured himself into me and I will never, ever forget him.”