Cape Ivy aims to provide warmth, comfort and support to children who have chronic or critical illnesses. 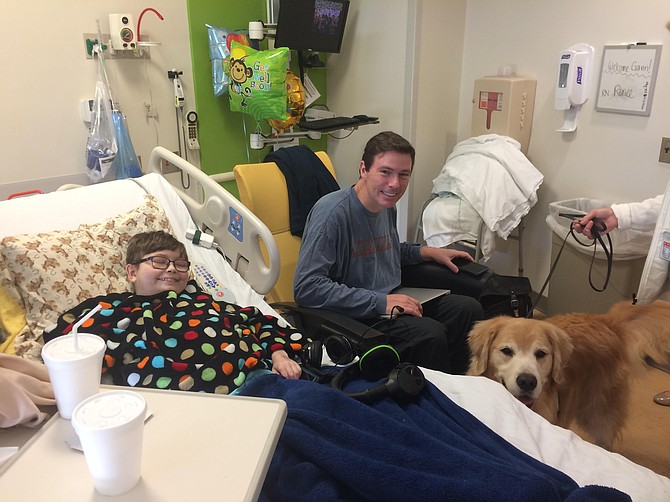 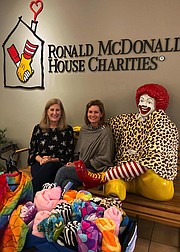 In honor of her son, Gavin Grey Smith of Great Falls, who lost his 12-year battle to a rare form of CVID (Common Variable Immune Deficiency), his mother, Meg Elliot Smith, threw herself into providing fleece poncho capes to ''frequent flier'' children in hospitals. In the process, she and her friend co-founded Cape IVY.org, a nonprofit whose mission is "to provide warmth, comfort and support to children who have chronic or critical illnesses and their families. Cape Ivy provides the ponchos because robes, sweaters, and jackets don't work well with IV lines and other medical equipment.

Speaking about Gavin's courageous fight, Smith said, "We went down a lot of roads and ended up spending a lot of time in hospitals...I realized that one thing my son needed was some way to stay warm. When he had IVs or was at home with PICC lines in his arm, he couldn't wear a sweater or coat, so I popped a poncho over his head, and I started making them for him."

SMITH said that when Gavin passed, she took a year off before diving into the project. With her Etsy business partner, former Great Falls resident Cindy Hargroves, they shifted focus and together co-founded nonprofit Ivy Capes. "We started in June of 2019, and it became a nonprofit last March. We've managed to raise $38,000...(and) donate to 32 different children's hospitals and 21 Ronald McDonald Houses across the country," she said.

Katie Haynes of Youngsville, North Carolina, a cape recipient, said, "It shows that there are people out there that care."

According to Smith, they focus on Inova Fairfax and have given them multiple donations as well as Children's National Hospital in the District of Columbia, The Johns Hopkins Hospital in Baltimore, and CHOP (the Children’s Hospital of Philadelphia), "where I spent a lot of my time." To date, Cape Ivy donated 1,648 ponchos.

Cindy Hargroves, co-founder of Cape Ivy, said it became evident that Cape Ivy needed to become a nonprofit. She said, "We were giving away many more ponchos than were purchased and were receiving generous monetary donations...Now I wake up every morning, and I'm excited about Cape Ivy...I find more joy each day giving my time to help kids in treatment for their chronic illnesses,"

Smith said she and Hargrove perform 99 percent of the work, but they do have a few volunteers, including Langley High School students. Although Smith and Hargroves no longer sew the ponchos themselves but instead have them manufactured, there are times when they could use volunteers to help with shipping.

CAPE IVY also provides headbands to healthcare workers to attach to their COVID-19 masks, alleviating the discomfort of the mask’s bands rubbing behind their ears.

According to Smith, they are looking at ways to expand Cape Ivy’s reach. However, COVID-19 health and safety restrictions limit their ability to go to hospitals, nursing homes, chemo centers, and the like. Smith said that it’s easy once you get to the right person, people who are in and out of hospitals, in wheelchairs or tend to get colder.

"I just gave out my first poncho, and mom was so happy she started crying. She said it has been so hard to find a blanket that fits right with his wheelchair," said Kim M., Child Life Specialist, Hackensack Meridian

Asked why the name, "Ivy Capes," Smith said when she and Gavin were in the hospital, she spent a lot of time drawing. "I'm an artist at heart. I drew an IV medical pole, and then I started drawing ivy going up the medical pole."

"Any parent with a chronically or critically ill child, dig deeply into themselves and find strength, they did not know they had," said Smith.