Dramatic highs and lows of devoted lives lived through letters 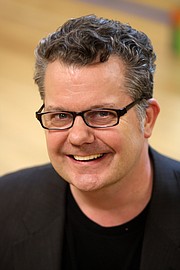 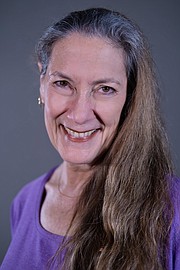 A thirty-year love affair expressed through written and mailed letters will be brought to dramatic life by the Vienna Theater Company. The play is “Dear Elizabeth.” The play was written by the distinguished, award-winning American playwright Sarah Ruhl. “Dear Elizabeth” will be filmed live and then aired online.

The Vienna Theater Company (VTC) has been producing since 1971. The COVID pandemic with its necessary health and safety restrictions is not deterring VTC from providing quality entertainment to the community. However, in these new normal times VTC has decided to postpone its planned 50th anniversary celebration for the time being, said VTC’s Laura Fargotstein.

Veteran Vienna Theatre Company director Jessie Roberts helms “Dear Elizabeth.” The play is about two real people, the poets Elizabeth Bishop and Robert Lowell. Both were well-known for their way with words. In the pre-social media days, they often intersected and interacted through the mail; with hundreds of letters written on paper and delivered. The drama provides audiences a close-up look at their devotion to each other through their actual correspondence.

According to Fargotstein, VTC rehearsed the play via Zoom. The final production to be seen by audiences will be pre-recorded live onstage at the Vienna Community Center with proper health and safety precautions. VTC Board member Turner Bridgforth will accomplish the critical filming work for “Dear Elizabeth.”

There are only two people in the cast, “which makes it possible to stage keeping physically not close.” There is also an alternating set of two cast members. One cast is Heather Plank as Elizabeth Bishop and Tom Flatt as Robert Lowell. The other cast is Jocelyn Steiner as Bishop and Kevin Walker as Lowell.

Asked if the audience needs to be familiar with the poetry of Bishop and Lowell to take in “Dear Elizabeth,” Tom Flatt was clear; “No. It’s a beautifully written piece about a lifelong friendship, full of wit and passion. That is something audiences will respond to, even if they’ve never heard of the poets.”

To prepare for his role as Lowell, Flatt did read a poem “mentioned and excerpted in the play, but also many that are not touched on. It’s been a wonderful experience.”

With its virtual “Dear Elizabeth,” the Vienna Theatre Company continues five decades of presenting high-quality entertainment alive even with the restrictions that COVID-19 has brought to everyday life.

Vienna Theatre Company and Vienna Department of Parks and Recreation present “Dear Elizabeth” in a special virtual filmed live and aired online production. Performance dates: Friday, March 26 and Saturday, March 27, April 2 and April 3 at 7:30 p.m. Sunday matinee on March 28 at 2 p.m. with Saturday matinee, April 3 at 2 p.m. Tickets: $15. For details and tickets, go to http://www.viennatheatrecompany.org/. Note: There are two different casts for this production: The March 26, 27 and 28 performances feature Heather Plank and Tom Flatt. The April 2 and 3 performances feature Jocelyn Steiner and Kevin Walker.