Spreading the joy of celebrating our mothers 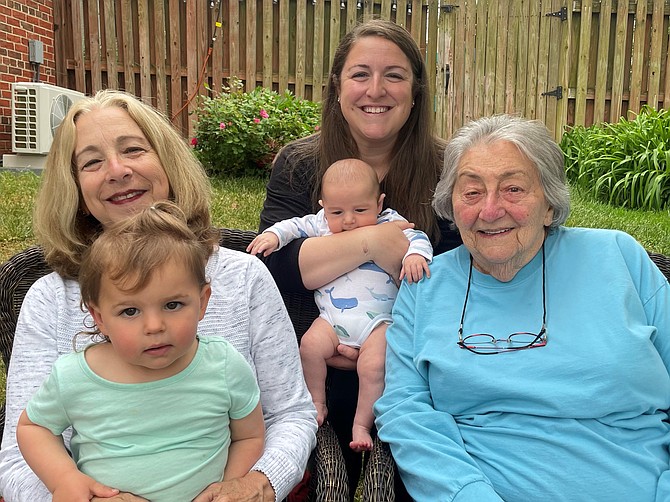 Rachel Roudik (in back) and baby Brooks; in front – Lynn Abram holding Mollie Abraham and great-grandmother Mollie Abraham. Lynn: “We are so excited to be celebrating four generations together for Mother’s Day.” Mollie: “There’s nothing like seeing the youth becoming the people they are today.” Rachel: “It’s very special to be able to spend the holiday with so many generations.” Photo by Janet Barnett/Gazette Packet 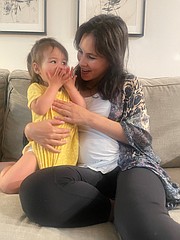 Damaris Thompson with daughter Dahlia Bernal. “We have a little one on the way and Dahlia’s birthday is the day before Mother’s Day, so we have a fun-filled weekend planned.” 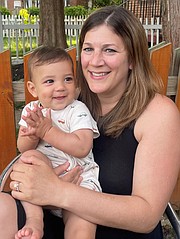 Susan and Elan Medina. “I’m looking forward to celebrating my first Mother’s Day with my son.” 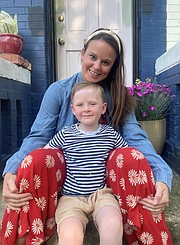 Jordan Moynihan with son Ames. Ames: “My mom lets me do a lot and I love her.” 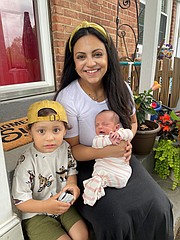 Jackie Maldonado with Diego and baby Lucia. “I am so excited for my first Mother’s Day with two children. More love to share.” 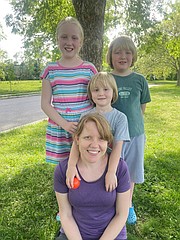 Kunegunda Belle with children Rachel, Michael and Alexander Hueckstead. Rachel: “My mom is a good cook and plays with me.” Kunegunda: “Being a mom is full of love and exciting times. There is never a dull moment.” 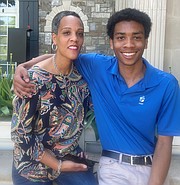 Natalie and Tracy Kindle Jr. Tracy: “My mom inspires me to be a better version of myself. I see her chasing her dreams and that inspires me to chase my dreams as well.” 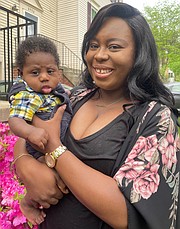 Lynette Matthews and son Lance. “I am super excited. This is wonderful and beautiful being a mom. I feel blessed.”

Katherine and Elizabeth Cook kiss mom Diane Duff. Diane: “Our mother taught us to be kind to all people and leaves rays of sunshine everywhere she goes.”x 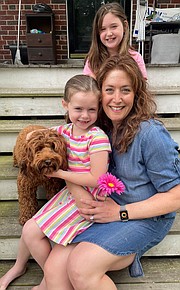 Melissa Riddy with daughters Alice and Emily and dog Cindy. Alice: “My mom is the best mom in the whole wide world.: Emily: “My mom is so nice and can help me with anything I need help with.”

Levi Asuncion with daughter Victoria. Victoria: “My mom is really kind and generous. She has taught me about spreading kindness and happiness to others.” 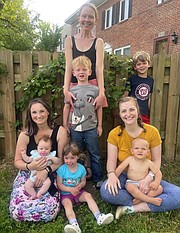 Meg Ziemann with sons Hugo and Quinn (in back), in front Rita Packard with baby Eliza and daughter Elsie, and Sam Morgan with baby Reid. Quinn: “I like my mom because she is generous.” Rita: “Being a mom is always changing and always challenging and a joy I never thought I would actually have.” Meg: “I love being a mom no matter what’s happening in the world my kids are always there and always ground me and I am always so happy to come home to them.” Sam: “I love being a mom because it is always fun to watch your child grow and develop into their own person.”

Anna Jarvis was a well-known social activist and community organizer in Northern Virginia during the Civil War. When she died on May 9, 1905, her daughter Anna Marie Jarvis made plans to honor her mother each year on the anniversary of her death. The idea of celebrating mothers spread and led to the official recognition of a Mother’s Day holiday by President Woodrow Wilson in 1914. Closer to home, families are preparing to recognize and celebrate mothers across the city.