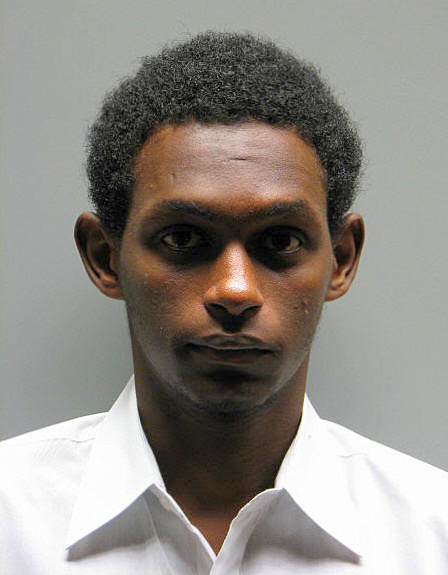 assault inside Chantilly High. He is Galata Bekele Bengessa, 22. Police responded to the school, Sept. 27, after the victim’s mother contacted them to report her daughter had been assaulted, two hours earlier, at 8 a.m.

According to police, a man wearing a mask entered the school with other students, early that morning. “He approached the female victim, who believed he was another student,” police say. “The man initiated a conversation and then unlawfully touched the victim. She was able to get away as other students approached. She contacted her mother and returned home prior to alerting school officials.”

Upon hearing from the mother, officers searched the area surrounding the school and found Bekele Bengessa on foot near Route 50 and the Fairfax County Parkway. Police say he was “positively identified as the offender” and was then taken into custody. During his arrest, Bekele Bengessa reportedly made statements to the officers that led him to be taken to a nearby hospital for treatment.

Police would like to hear from anyone who has information about this crime and anyone who may have had unlawful contact with Bekele Bengessa. Tipsters are asked to call the Major Crimes Bureau at 703-246-7800, option 3. Tips may also be submitted anonymously to Crime Solvers by calling 1-866-411-TIPS (866-411-8477), texting “FCCS” plus the tip to 847411, and at http://www.fairfaxcrimesolvers.org/.