Book encourages an interest in ancient Peruvian history and heritage. 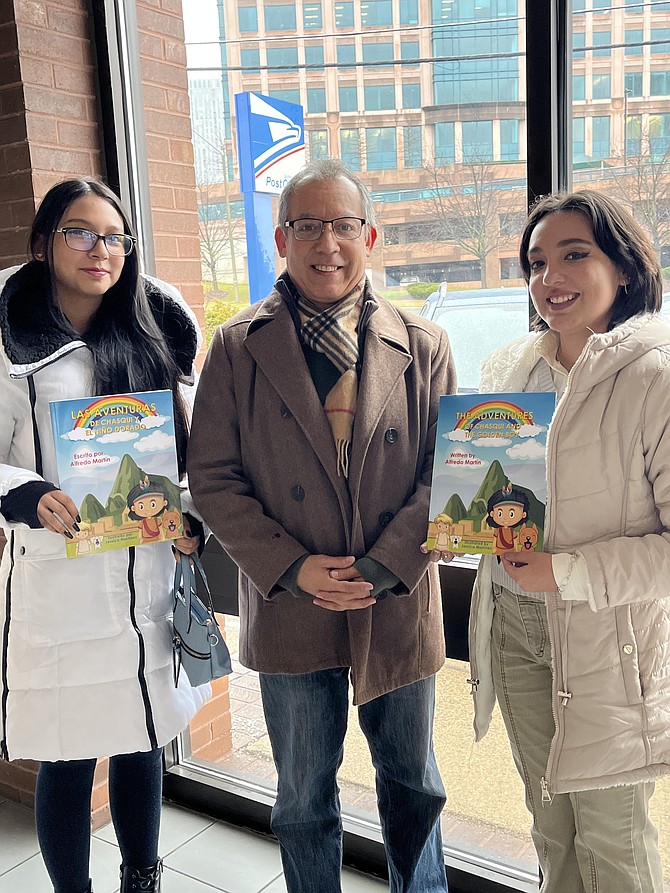 Alfredo Martín, a McLean U.S. Postal Service employee, studied journalism in his native Peru and recently published his first children's book, "The Adventures of Chasqui and the Golden Boy" (2021). The 28-page action and adventure fiction incorporating cultural heritage is available in English and Spanish and illustrated by Jessica Martínez. 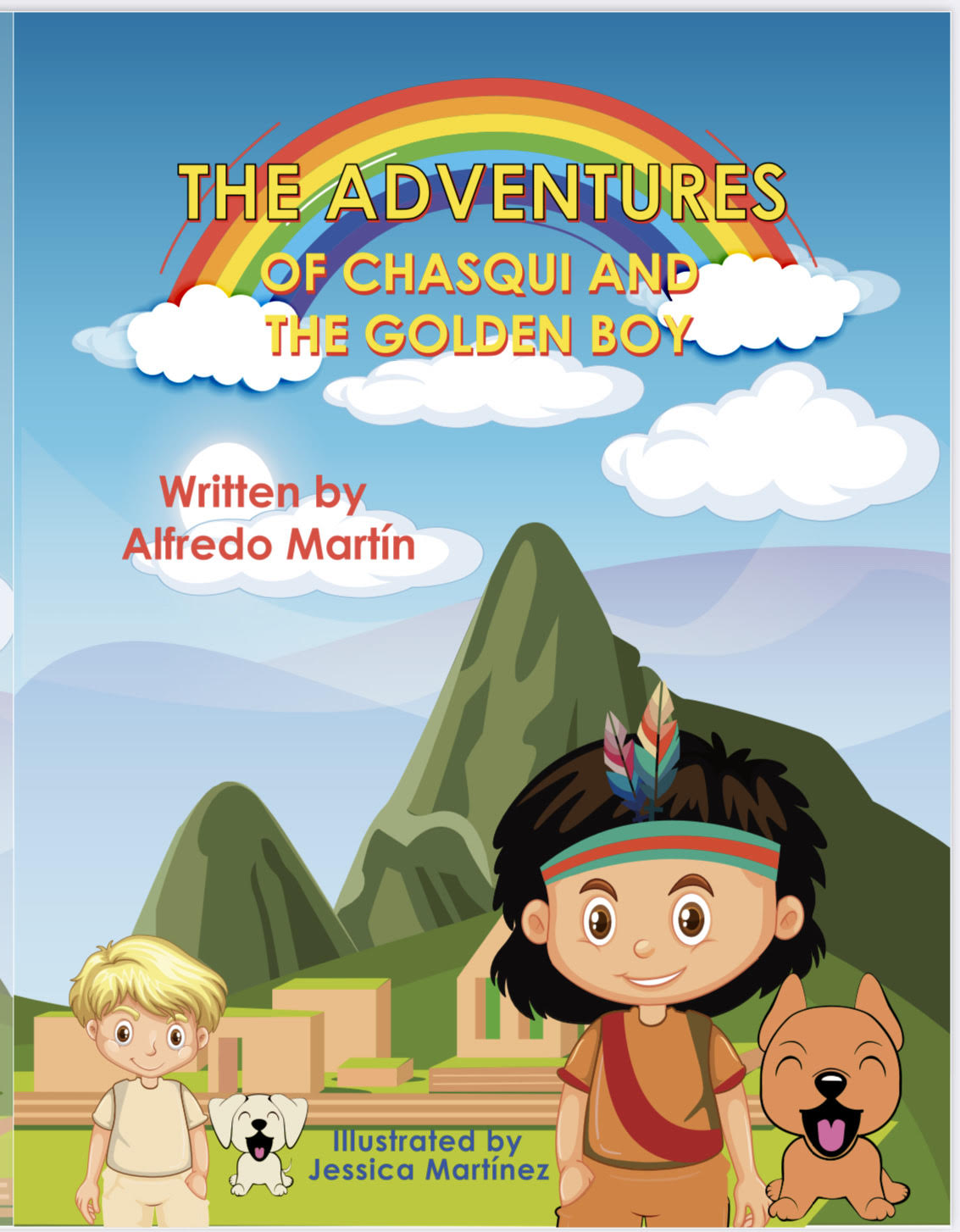 The story's inspiration came to Martín two years ago, he said in an interview. From there, Martín began developing the story's arc, the path it was to follow, knowing it was to be postal related and tied to his Peruvian culture. But then an eight-to-nine-month writing gap happened after Martín fell ill with COVID-19 in December of 2020.

"When I got better, ideas came back to mind," Martín said. He developed the background information, characters, action and conflict that gives way to a resolution that appeals to children. But tucked within was a historical glimpse into ancient Inca culture and its surviving ancestral language, Quechua.

Illustrator Martínez's use of simplified cartoon-style forms helps children and adults understand the Quechua to English or Spanish translations, such as the words ceviche or quipu, and provides representations of noted Peruvian sites, including the Major Pyramid (Piramide Mayor), located in the City of Caral, near the central Peruvian coast, and the city of Cao Viejo.

On the surface, Martín's book is about a young Peruvian boy, an Inca messenger (and his dog) who witnesses a ship sinking off the Pacific coast, and a blond-haired boy, Johnny, and his dog, drowning. They rescue them, and the new friends embark on a series of adventures along the coast in their quest for a ship that would take the survivors back home to "a great island in the far north called: Britannia," sealing a lifetime friendship.

Martín's story combines elements of today's paper mail system for physically transporting postcards, letters, and parcels, about which Martín is well-versed, with the message delivery within the ancient Inca empire via a relay of highly trained Chasquis. The runners traveled hundreds of miles in days, ultramarathon style, supporting the empire.

Martín dedicated the book to his younger daughter, Fiorella, 14, "my little one," as he called her, visiting her father from Peru on the day of the interview, along with her elder sister Andrea.

Andrea said that when her father informed her that he was writing a book, she knew it would be very good. "But it ended up being better than I expected ... Seeing the results here makes me even more proud of him," Andrea said. She added that although many people know other Latin American cultures, not as many are aware of Peruvian culture.

Andrea acted as a translator for her sister Fiorella and described their father's dedication of the book to her as "touching and emotional." Seeing the pictures, the story, and the characters were quite interesting to Fiorella.

"We will take a Spanish copy for one of our younger cousins, who is six and still learning to read, and maybe he will get more intrigued by our culture."

The Adventures of Chasqui and the Golden Boy is available on Amazon.